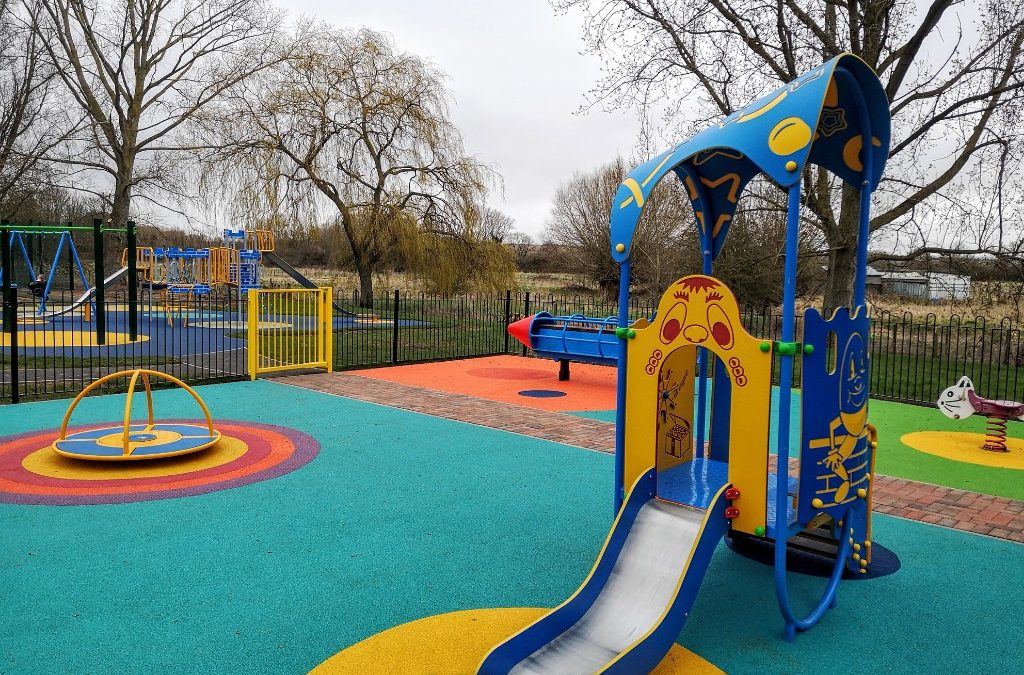 It’s always brilliant to hear that a park in Milton Keynes has been revamped. We were delighted to find out that the Chicheley Street park and play area in Newport Pagnell had been updated in February 2020. Having seen some photos, we were hopeful that it could be added to my list of reviews of the best parks in Milton Keynes. We decided to visit during a spell of dry weather in March 2020. I only had my four year old son with me at the time. 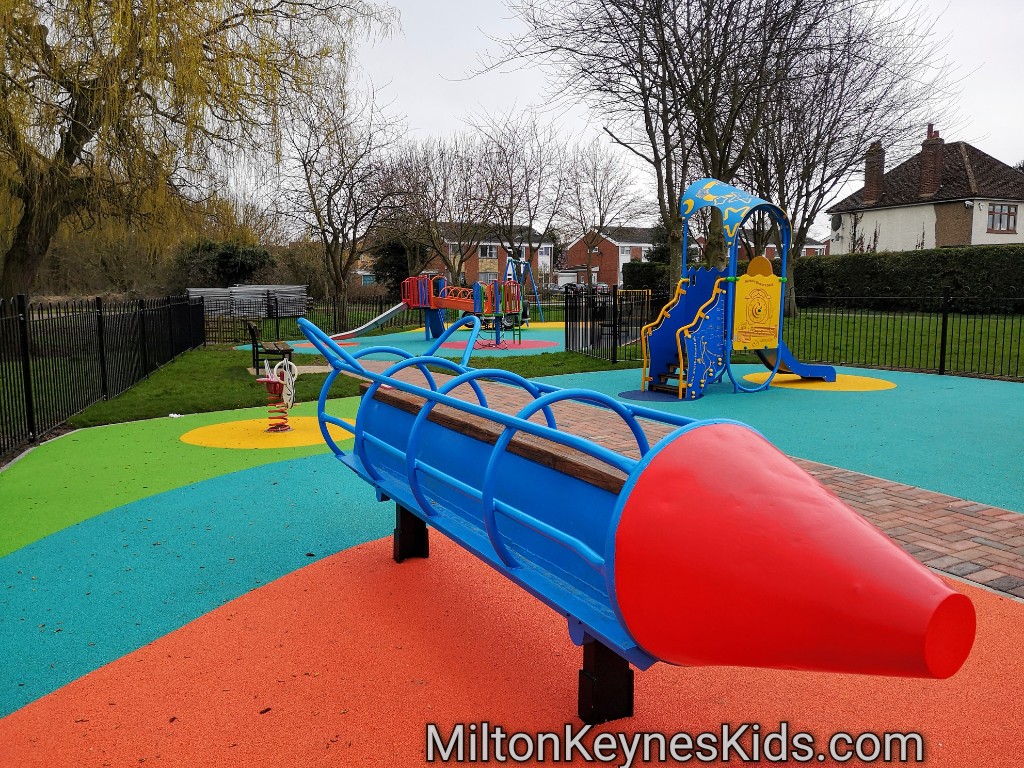 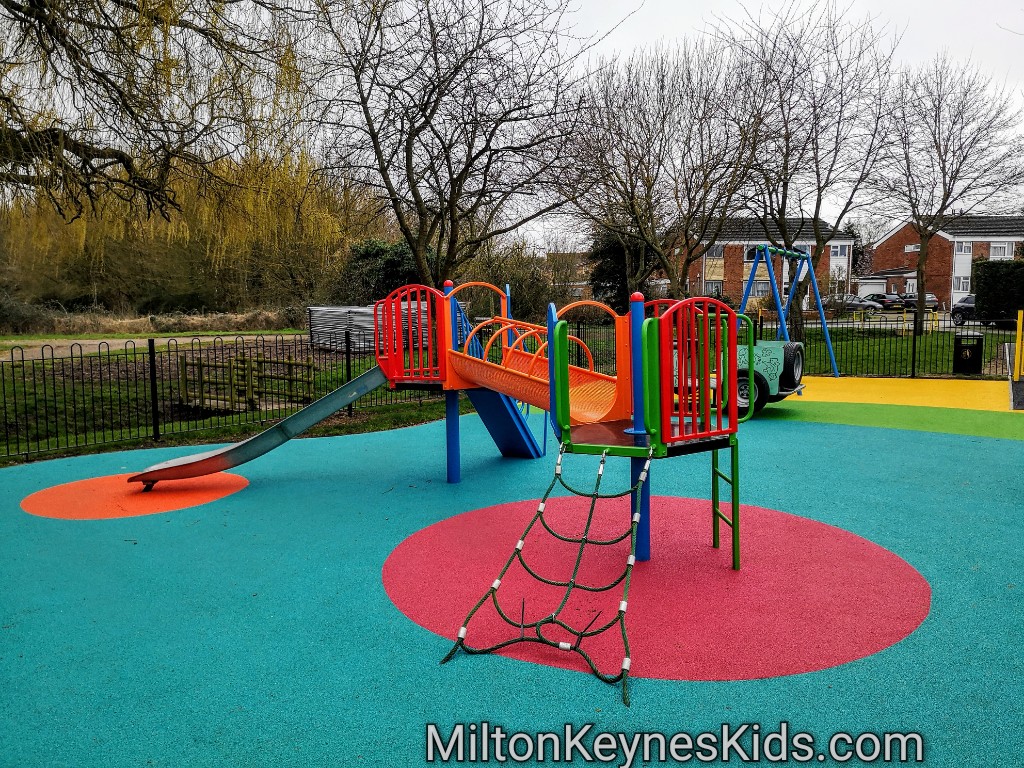 Where is the Chicheley Street Park in Newport Pagnell?

Good news. The Chicheley Street Park in Newport Pagnell is really easy to find. We used the postcode MK16 9AP. You go right down to the end of the road which is a dead end. The park is just to the left. Please note this is a residential area. There is no car park. Although there are a couple of spaces. Please park considerately if you visit. 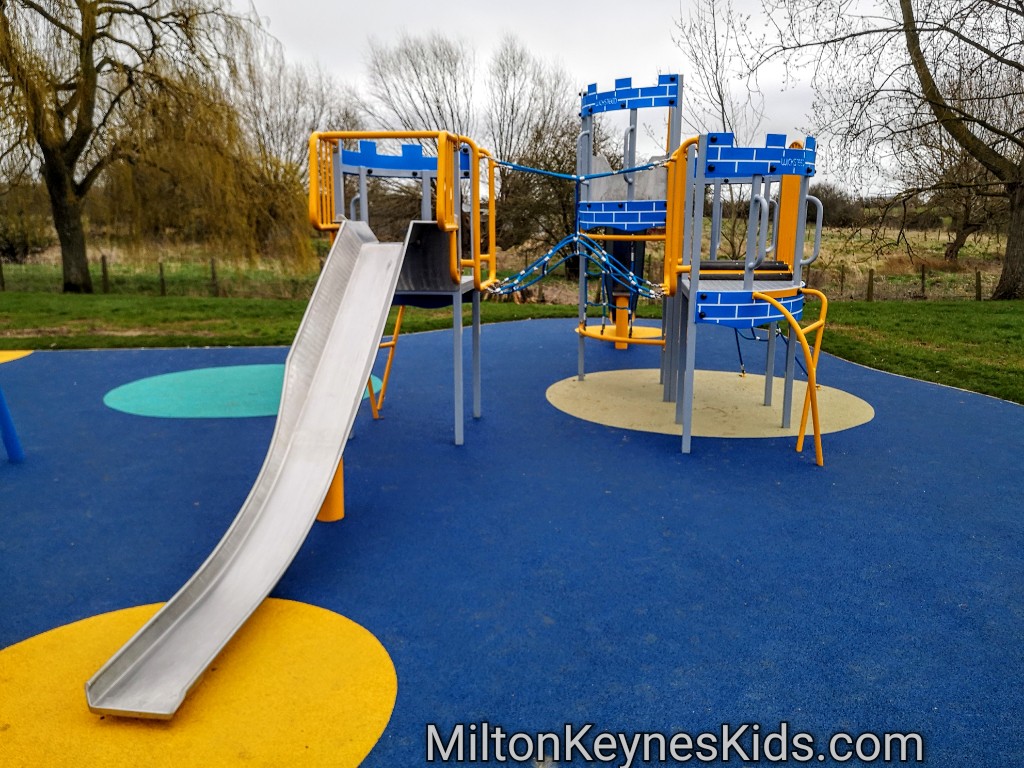 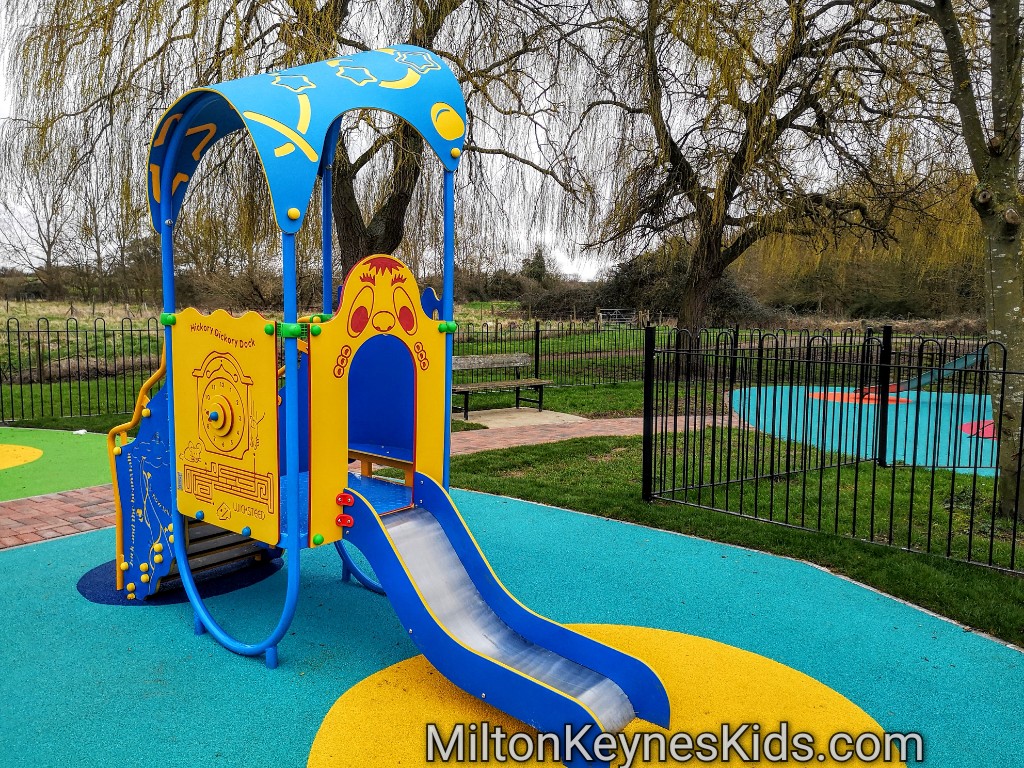 What’s the Chichley Street park in Newport Pagnell like?

At the time we visited in March 2020 the park had only been opened for a couple of weeks so it all looked very new. It has to be one of the most brightly coloured parks we’ve ever visited – the colours were really striking. Visually it looks fab. Most of the newer parks that we’ve visited in the last couple of years have wooden play equipment. This one has metal equipment. The park comprises of a gated area in two parts which is most suitable for under 5s that includes a couple of small climbing frames, jeep, baby swings and a rocket. Then there’s an area which isn’t gated that includes a larger climbing frame, swings and a nest swing. There’s also a multi-sports area good for basketball or football. I took my four year old. He had a fun time. Some of the play equipment is definitely geared towards babies and younger toddlers though so it’s good for their age group. My 4 year old wasn’t really fussed with the small climbing frames but he enjoyed the swings, roundabout, rocket and larger climbing frame. I didn’t have my 6 year old with me at the time but on returning I’d imagine he would be similar and would probably like to take a basketball or football with him. 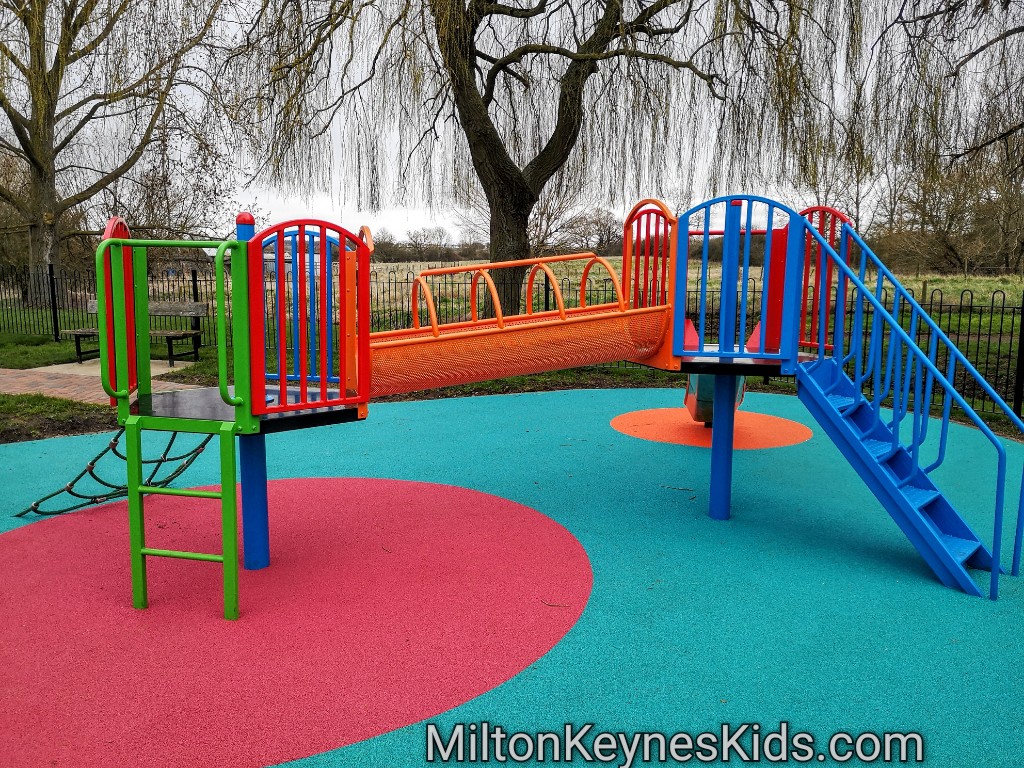 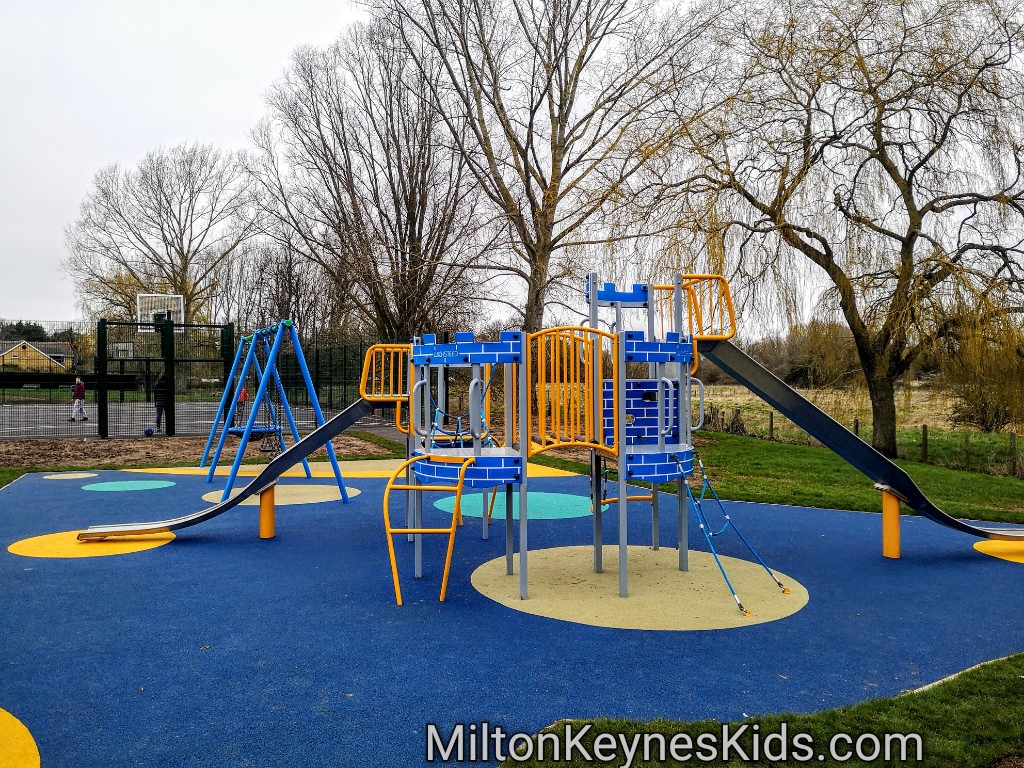 Is it worth visiting the Chicheley Street park in Newport Pagnell and where else can we visit?

Yes, it’s a good sized park and with different sections to it, younger children in particular will enjoy going from one area to the next. Much of the equipment is small and safe. I think my 6 year old would be fine there if I took him – although I don’t know what age it would really appeal up to as even my 4 year old was able to go on everything. We went on a fairly dull day – it could be a lovely place in the summer to take a picnic so we’d definitely go back. If you’re not local, or like us, enjoy park hopping then you could visit Redhouse park and art trail and outside of school hours then young children will also enjoy Sherington Pre-School park. Slightly further on from Sherington is Emberton Country Park – you do pay to park there but there’s a fab slide, pirate ship and nice walk around the lake. 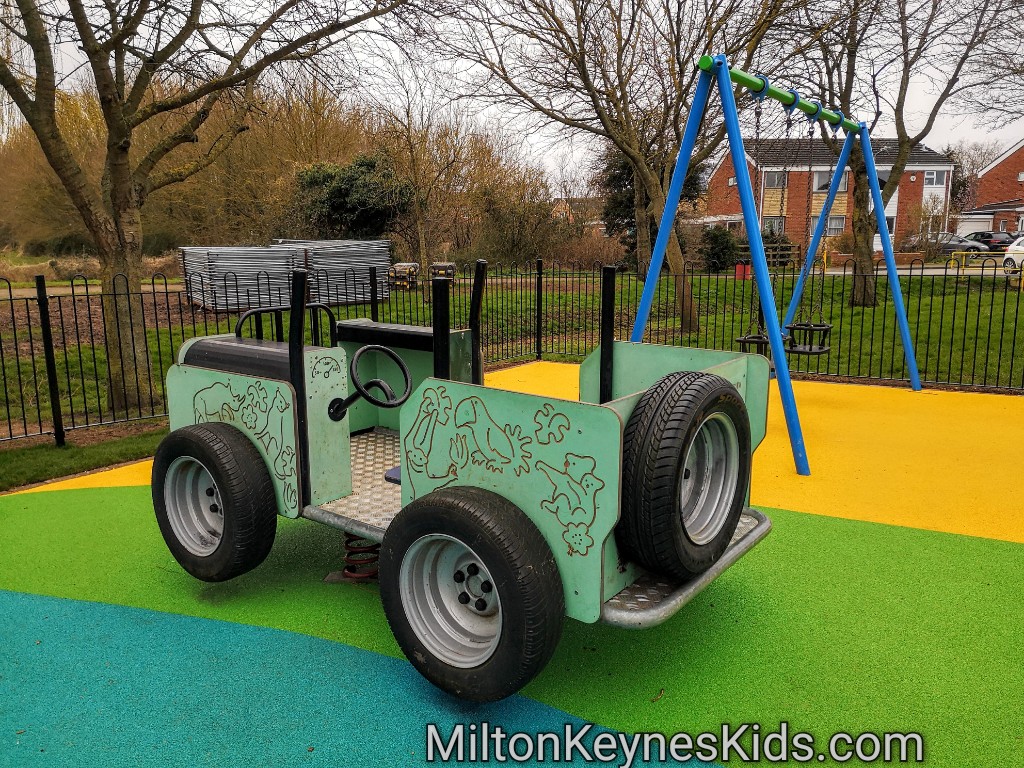 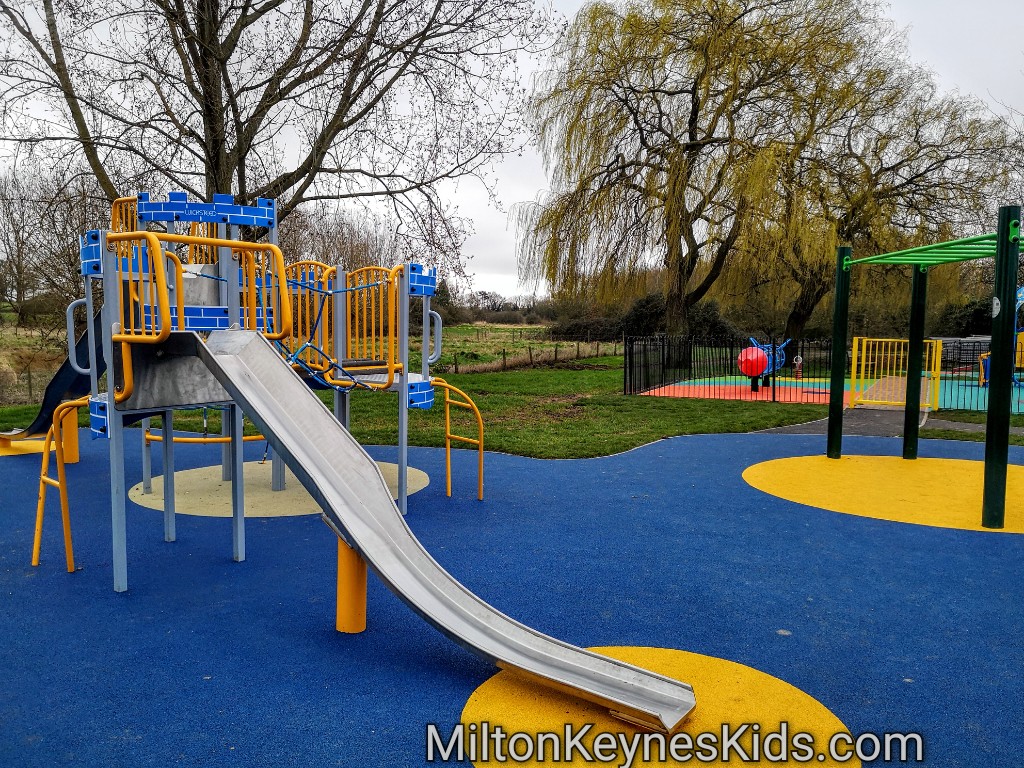