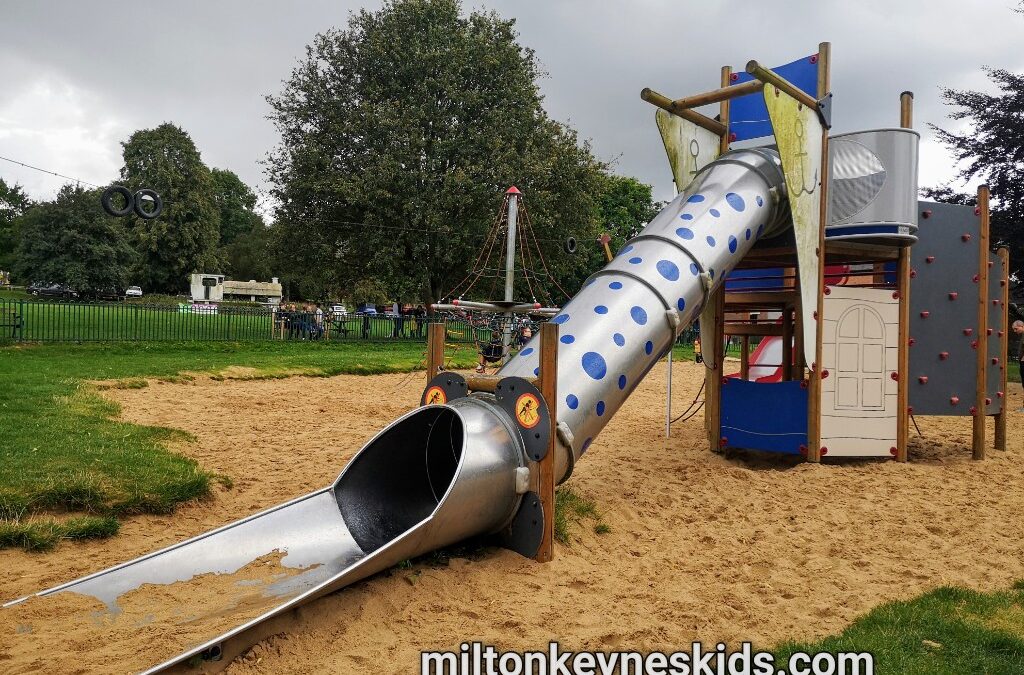 East Carlton Country Park is free-to-visit country park on the Northamptonshire / Leicestershire border. This review is based on a visit to the park with my two children in August 2021 at a time when they were eight and six years old. The park has a play area set in sand, a cafe, toilets, several woodland trails with sculptures – and the main reason we visited was for the dinosaur safari and space walk augmented reality trails. 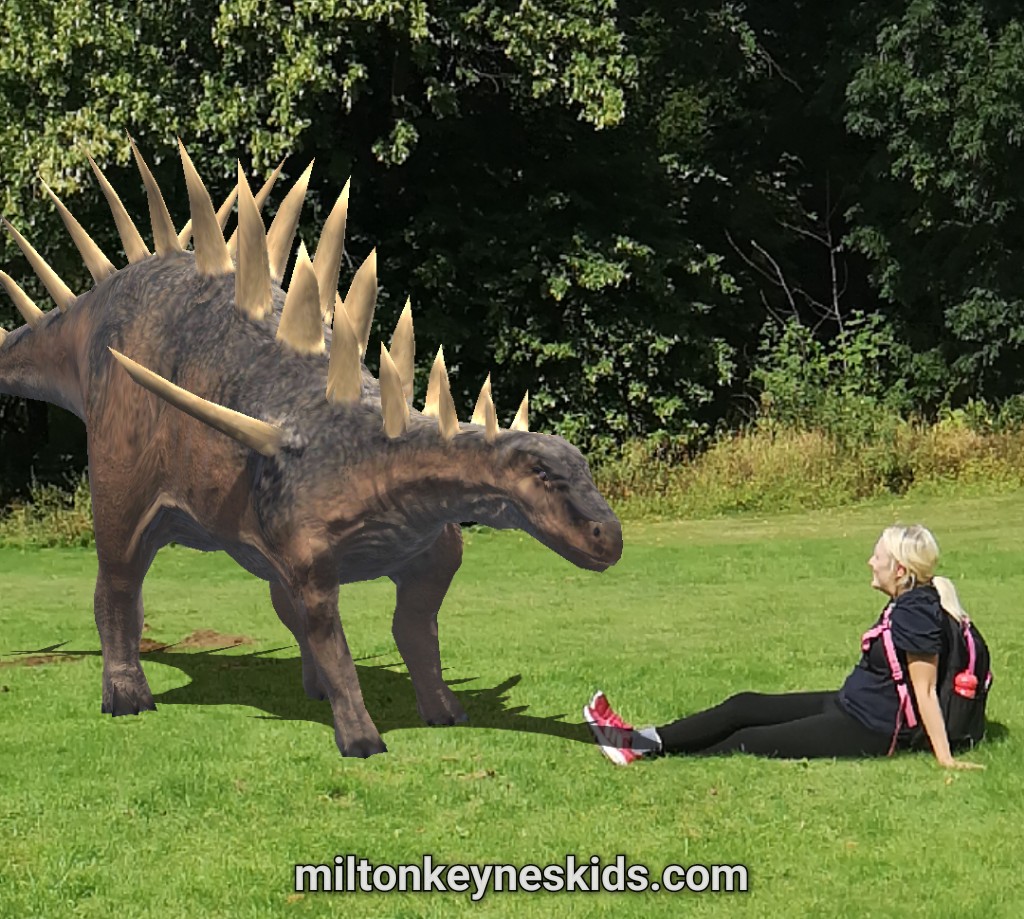 Where is East Carlton Country park and how much does it cost to visit?

The address for East Carlton Country Park is Nr. Market Harborough, Leics, LE16 8YF. I put the address into my sat nav and it was easy to find. It was just under an hour in the car from where we live in Milton Keynes. It’s one of many country parks we have visited, although this is one of the furthest from Milton Keynes. When we visited in August 2021 it was free to park and enter. If you reading this some time after I published this review please to check the North Northamptonshire Council website for the latest info before travelling to check the trails are still on. I couldn’t see an end date when I published this. It was easy to park and there was plenty of space although there weren’t fixed spaces, we parked on the grassed area of the car park. Some of the paths were completely flat around the walking route, others were bumpy. I imagine some of the paths can get muddy in wet weather. 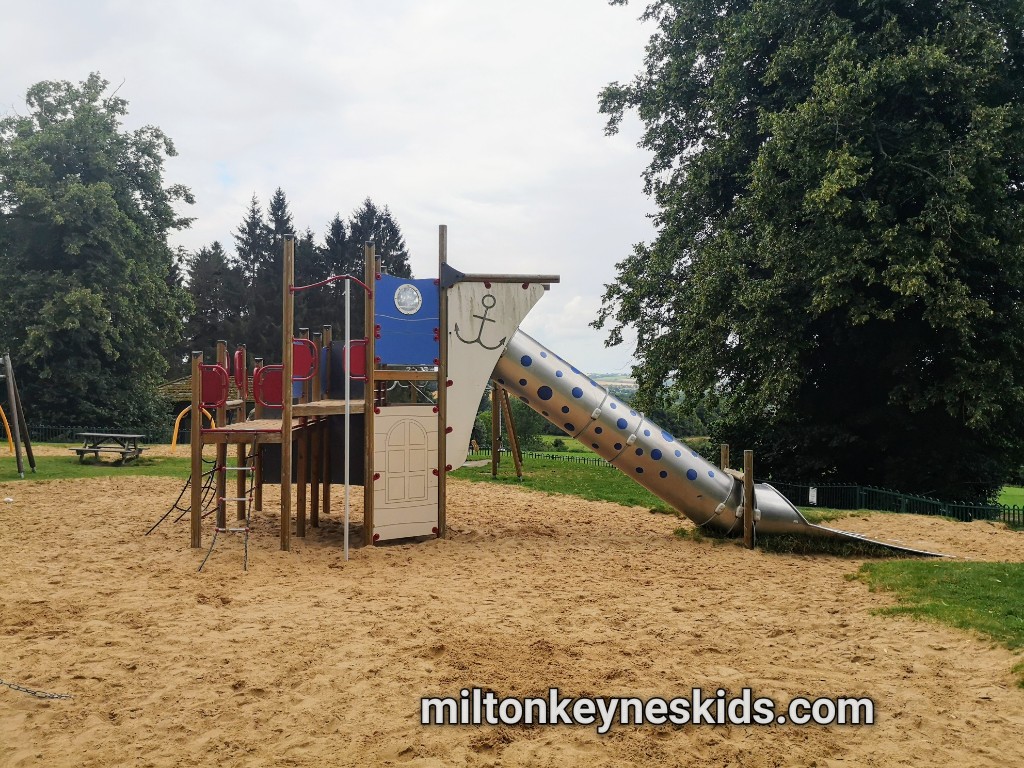 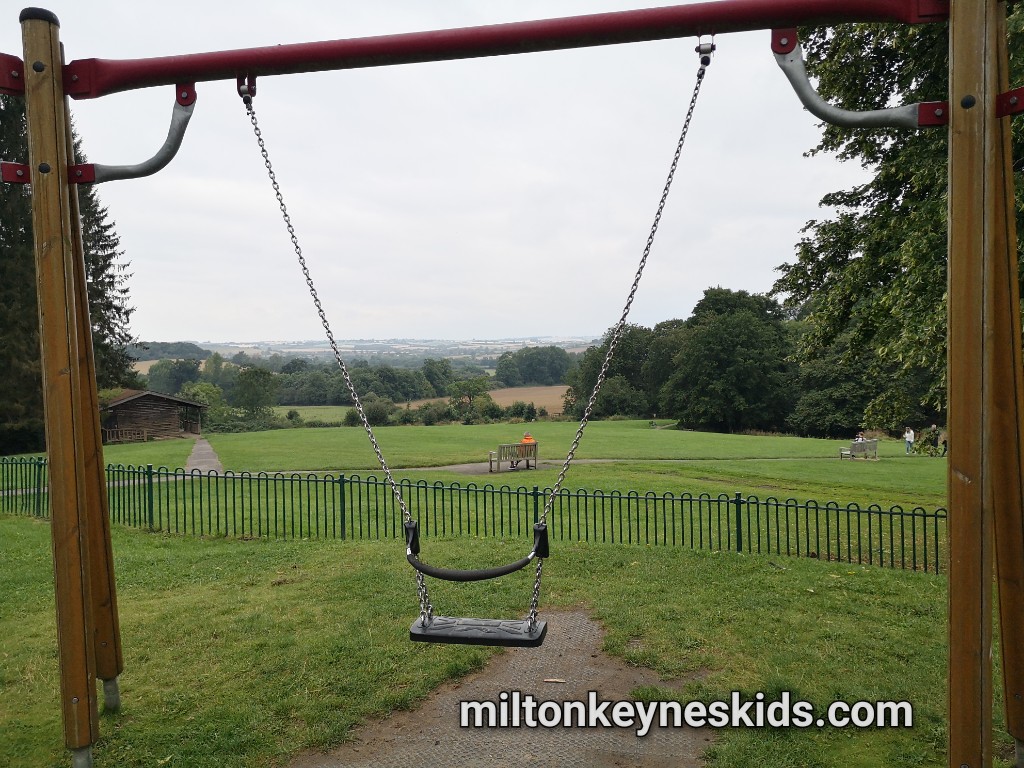 What’s the play area at East Carlton Country Park like?

At the time we visited there was a cool climbing frame with good sized metal slide. My eight year old said he thought it was aimed more at children younger than him but he still went on it. There was a smaller climbing frame for younger children. There was a big accessible swing. There were also a number of swings in a circle which have bars over the front. The whole play area is set in sand so you could take a bucket and spade for younger ones. There are also lovely views of the countryside. Disappointingly though the zipwire wasn’t attached and neither was what I think was a snake swing. The accessible roundabout was very hard to move. We have been to much better play areas at country parks so it’s not something to go specifically for if you’re travelling some distance but would be ok if you’re more local to this area.

What is the dinosaur safari and space walk at East Carlton Country Park?

The main reason we decided to go to East Carlton Country Park was to try out two augmented reality trails which were there. One is dinosaur themed, the other is space themed. Before we went we downloaded the free Love Exploring app – this is an app which features activities to do at various locations around the country – of which East Carlton is one of them. It’s worth downloading before you go so you can check you have it ok on your phone, and also the trails are still on there. We went in August 2021. Once you’re on the site in then gives you a map showing the locations of each dinosaur or planet. When you’re within a few metres of that spot you point your phone at the floor and make the dinosaur or planet appear. You can then get your children to stand next to it and take photos. Once you’re finished you then answer a general knowledge question on topic and try and find the next one. Each trail about 45 minutes to an hour depending on how long your faff around taking pictures. It doesn’t matter how many questions you get right, it’s just for fun. Both of the trails take you on a similar circular walk. Each location is within 100-300m of the previous one. 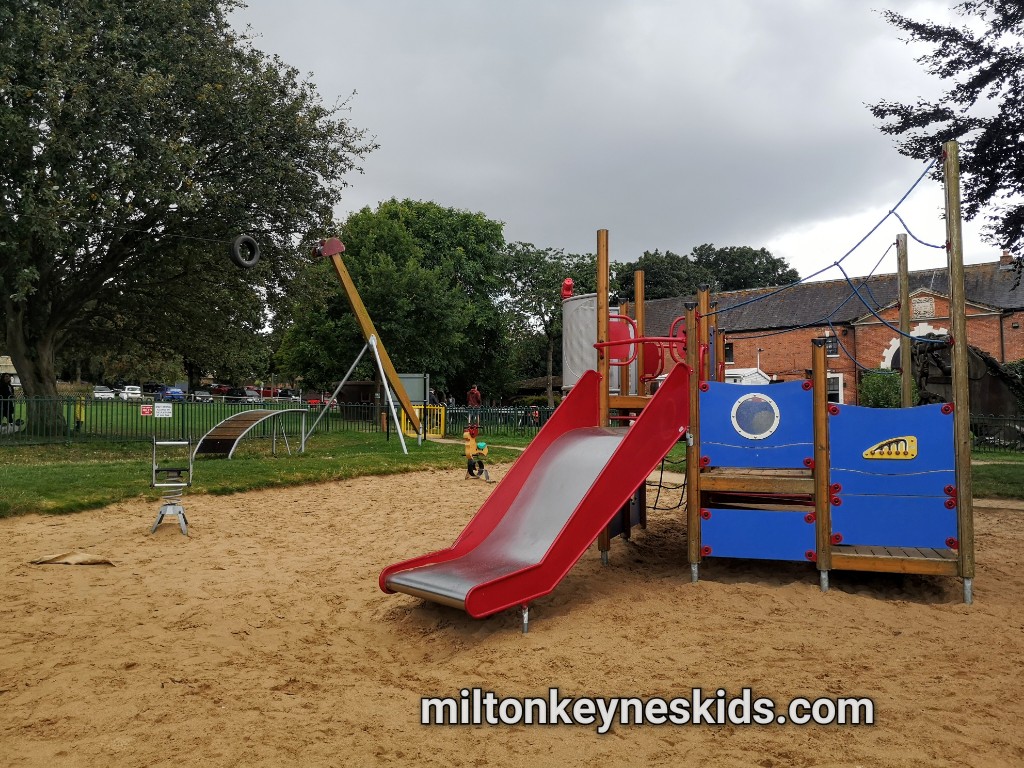 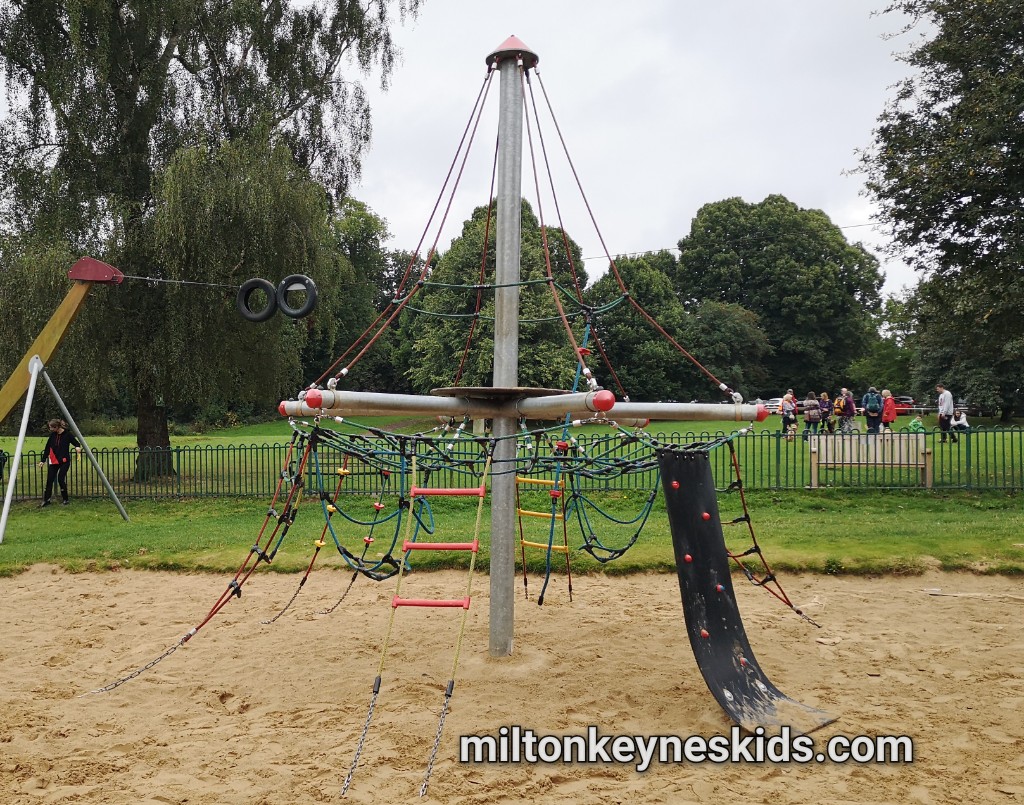 The app is easy to use, it was a bit glitchy at times and took us back to the menu. Unlike other augmented reality trails we’ve done this one doesn’t automatically upload your photos to your gallery, so make sure you upload them before moving on to the next location. Much of the time the photos uploaded fairly quickly, Occasionally they didn’t and I gave up and screenshotted the picture instead. We found all the locations on the dinosaur one. We couldn’t find Neptune on the space walk though, on the map it wasn’t even in the park! My children who were eight and six when we visited enjoyed them both, but found the dinosaur one more impressive. The dinosaurs move and are more fun. They are definitely the right age for this kind of activity. They liked figuring out which direction to go in, and pressing all the buttons on my phone. The only downside is sometimes they forgot to look up to avoid real people. The walks were quite quiet when we did them, but where possible I tried to get them to place the dinosaurs off the path so we weren’t in the way of other people so much. This might be a bit trickier if there’s lots of people around. I remember us doing augmented trails when they were toddlers and they didn’t really understand the concept or why they couldn’t actually see the dinosaurs in real life, so this kind of thing is most suitable for children of an age who like technology. 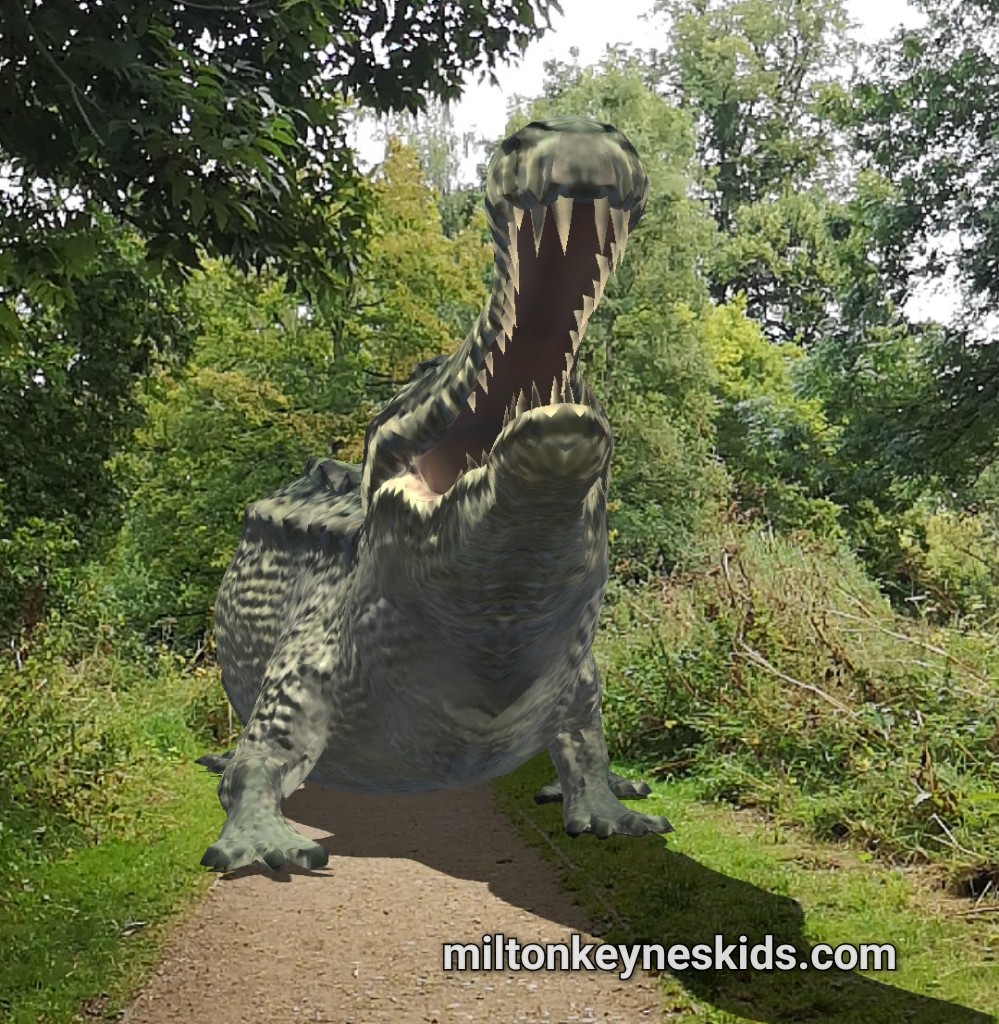 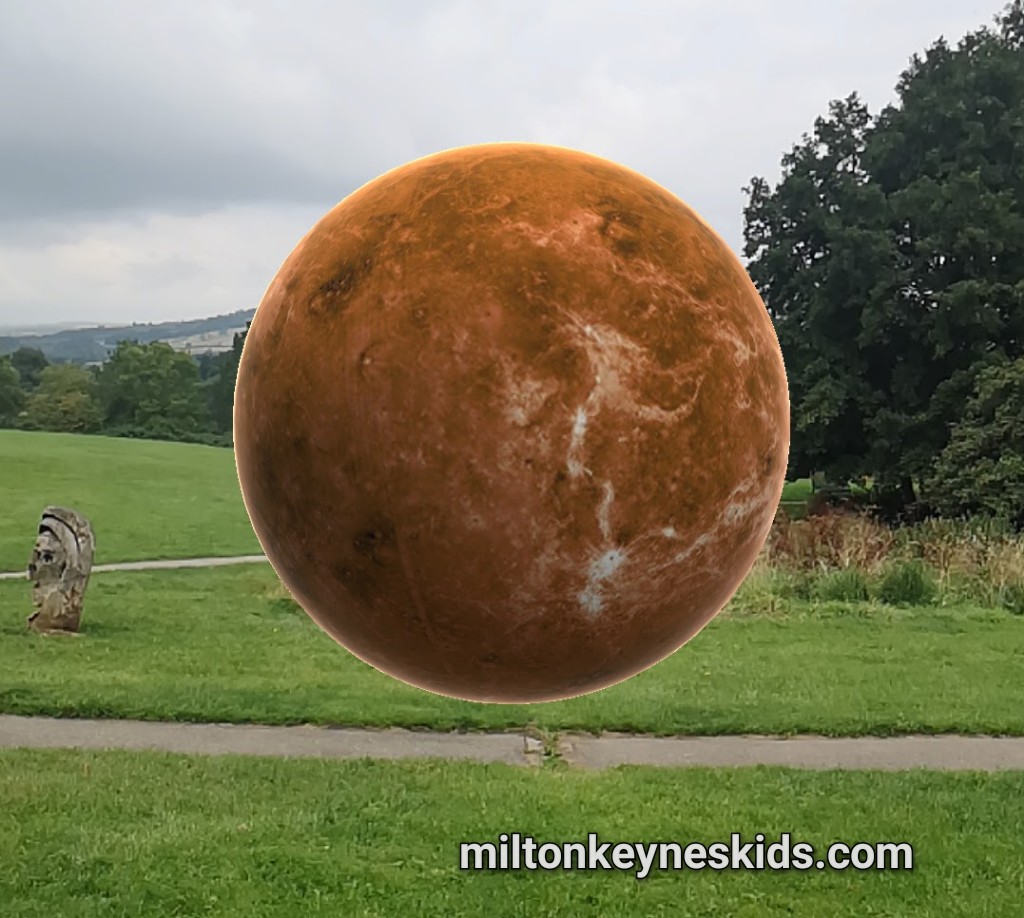 What else is at East Carlton Country Park?

There are lots of sculptures around the route of the trails. There’s also a cafe which was takeaway only when we visited. It sold drinks, ice-cream and some hot food like pasties and sausage rolls. There’s also a shop. 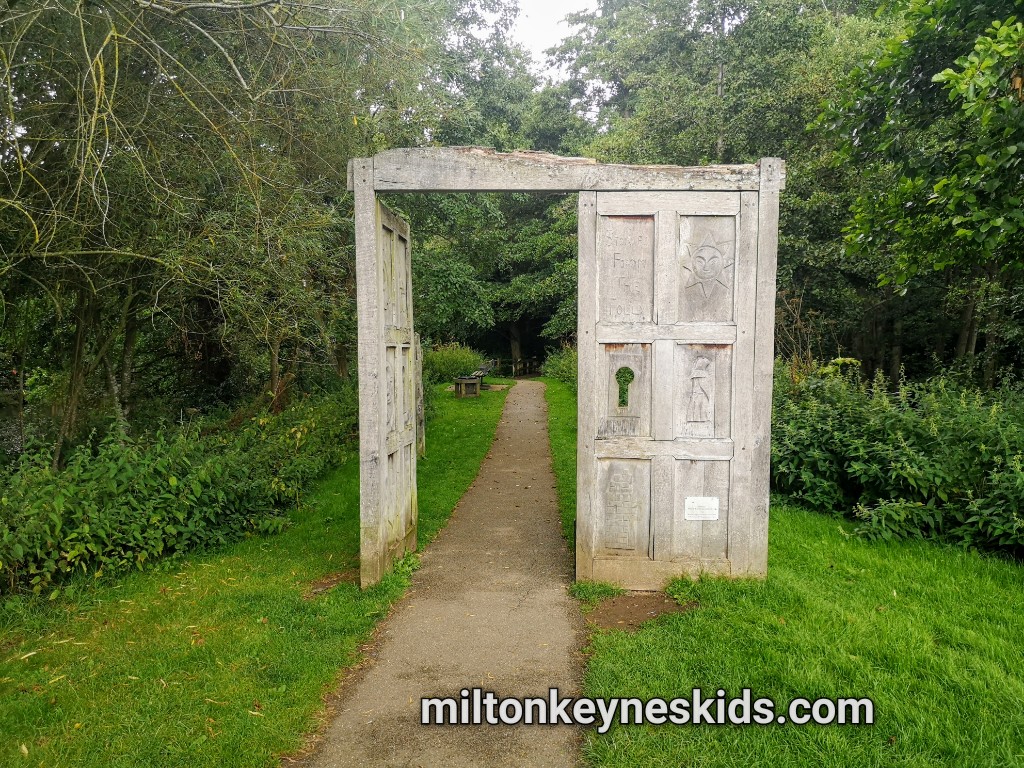 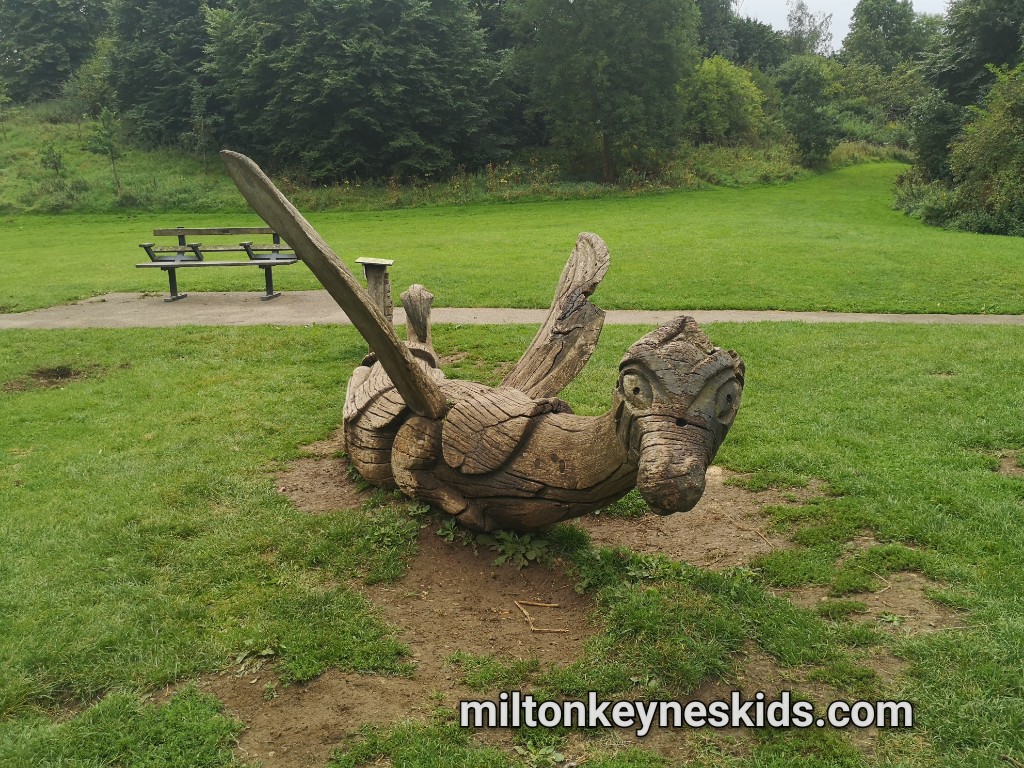 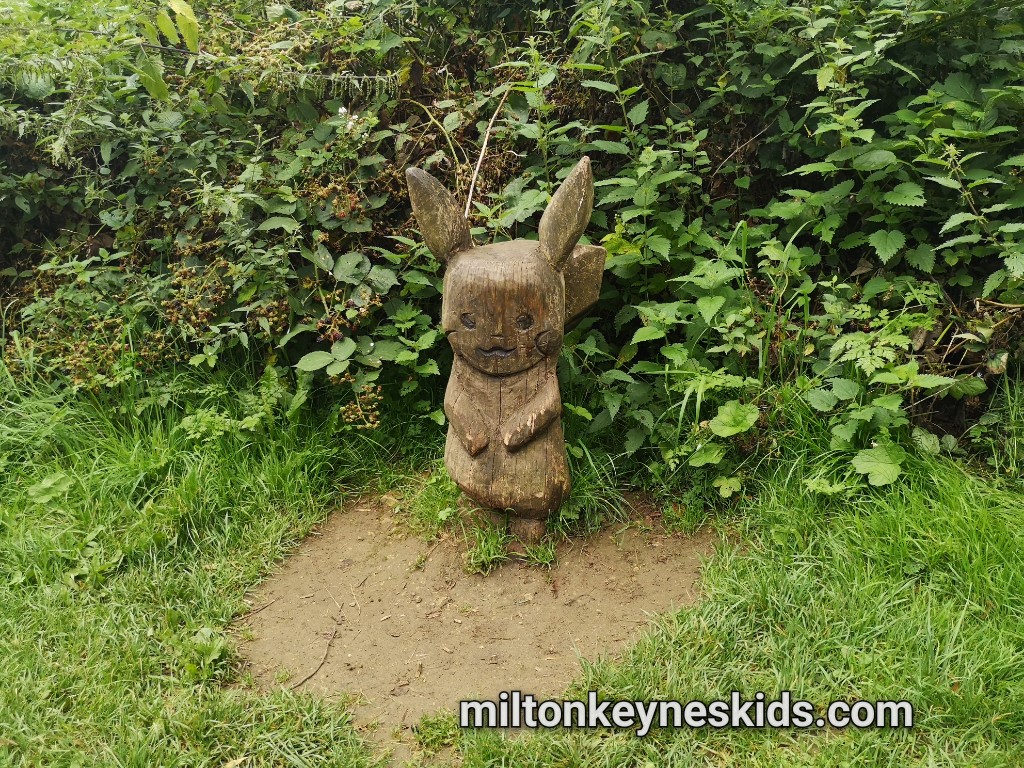 Is it worth visiting East Carlton Country Park?

East Carlton Country Park is just under an hour away from where we live in Milton Keynes and I’d say it’s quite far to go for a country park on it’s own, we have others closer to where we live with better play equipment, however we absolutely loved doing the dinosaur and space walks and as a consequence we ended up spending four hours there. It’s free to visit and free to park, so what we spent in petrol money we then saved a few quid in parking. My children would have done the walks anyway, but the app gave them something completely different to do and they found it exciting. So check you have it before visiting, and it’s worth looking at the council website to make sure you can still do it there. There are other places in the country where you can use the app, so it’s worth checking if there is a trail at anywhere else you visit, but when I looked the next closest one was in Nottingham, there were no others in the East or South East. 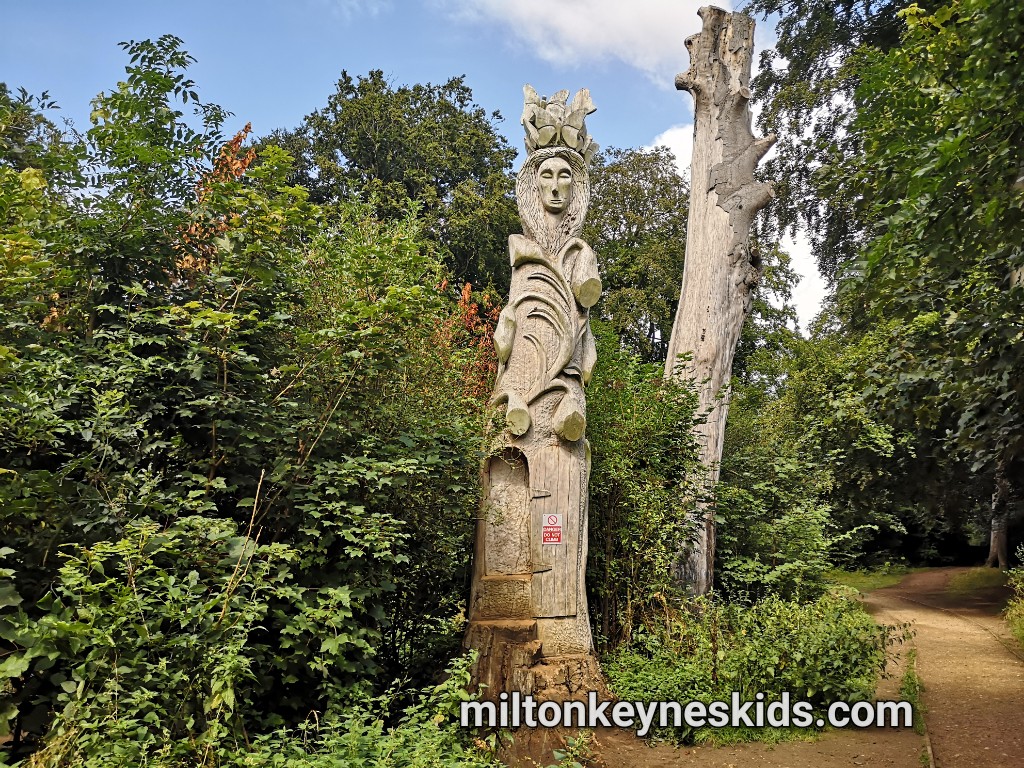 We like the look of East Carlton Country Park where else could we go?

If you live in Milton Keynes and want to make the most of your journey then if you go M1, A45, A43 way then Sywell Country Park in on the way back. You may also like many of the other reviews of country parks we have visited. It’s also worth checking the Forestry Commission website for the latest trails that are on at places like Salcey Forest and Wendover Woods which have in the past had augmented reality trails like the Gruffalo. 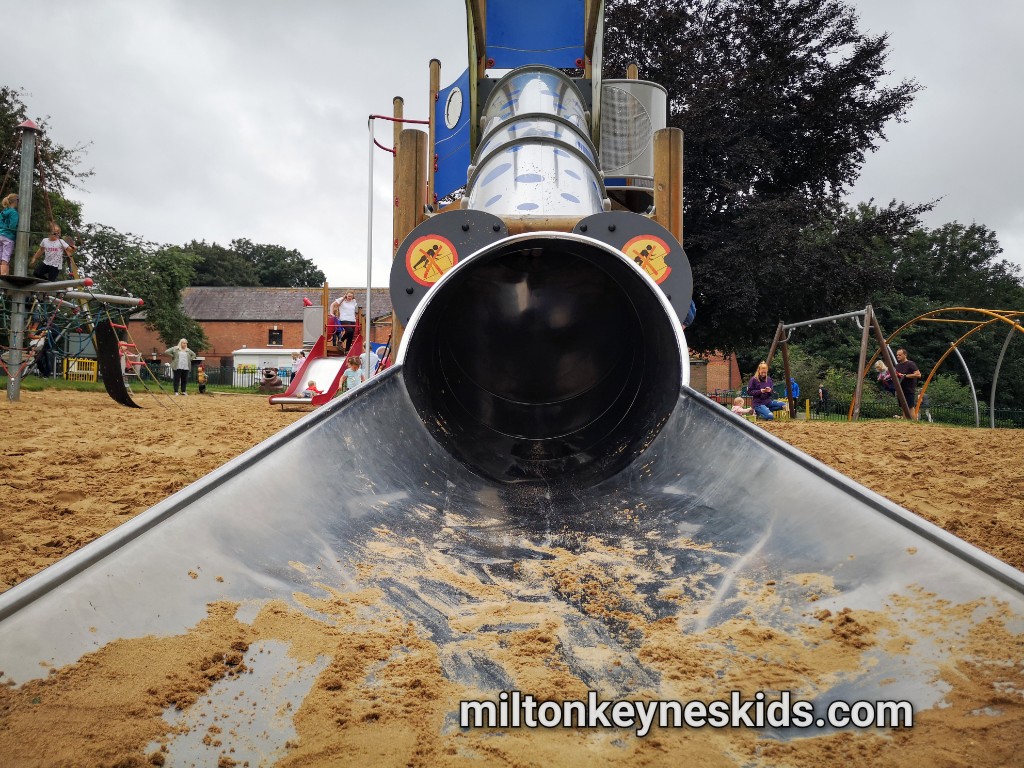