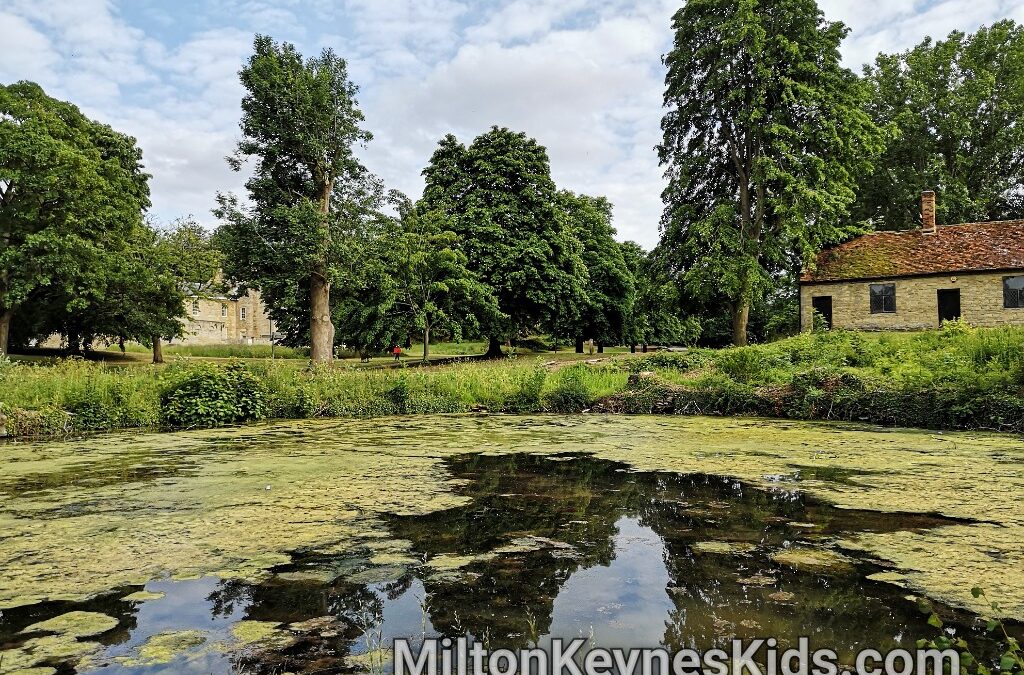 Great Linford Manor Park is a lovely area of parkland in Great Linford in Milton Keynes. It’s a great place to start a walk and is really well connected to other places so you can make it as short or long a walk as you like. It’s a linear park which means it goes from one end to the other rather than around in a circle. We’ve visited a few times over the last few years, but this review and review and photos were taken during the coronavirus pandemic in June 2020 at a time where we were social distancing but could travel for exercise. It is one of a number of parks in Milton Keynes that we have visited that are featured on the local walks section of this website. If you do find this post useful and create some wonderful memories with your children, please do consider buying me a coffee to help with the running costs of this website, Milton Keynes Kids is run independently with no advertising in addition to my day job. Thank you. 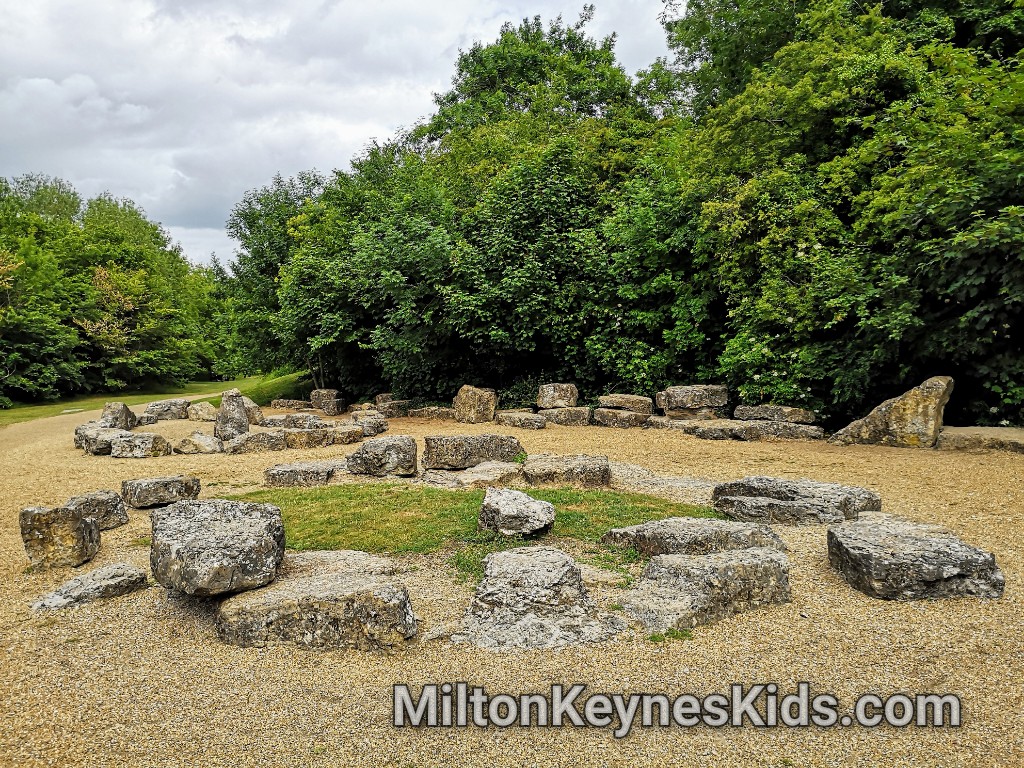 Where is Great Linford Manor Park?

Great Linford Manor Park is in Milton Keynes and is free to visit. There are no dedicated toilets. In non-coronavirus times there are some at the arts centre and there are nearby local pubs – but neither were open when we visited. The best postcode is MK14 5DZ. 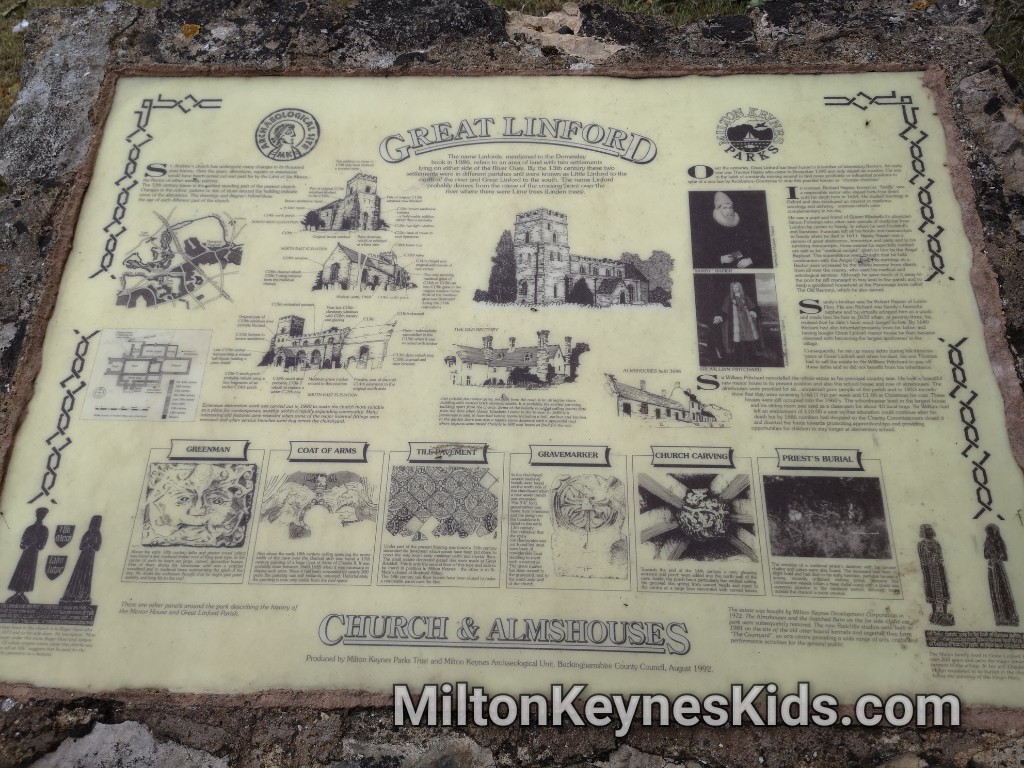 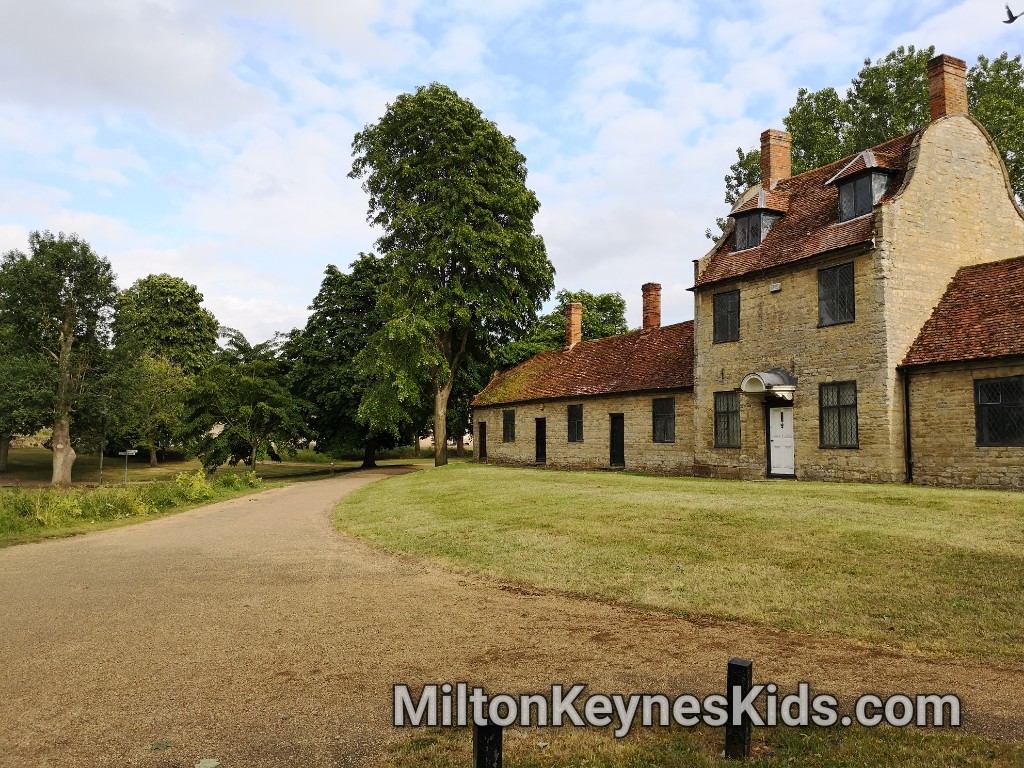 Great Linford Manor Park is a small area of parkland set next to the canal. It’s a great place to see canal boats as they’re normally moored up at the park. There are a couple of ponds. If you turn left you’ll come to a circle of large stones and rocks. My two children who were six and four at the time we visited absolutely loved climbing over the stones – they probably would have staged there for ages just to play on those. 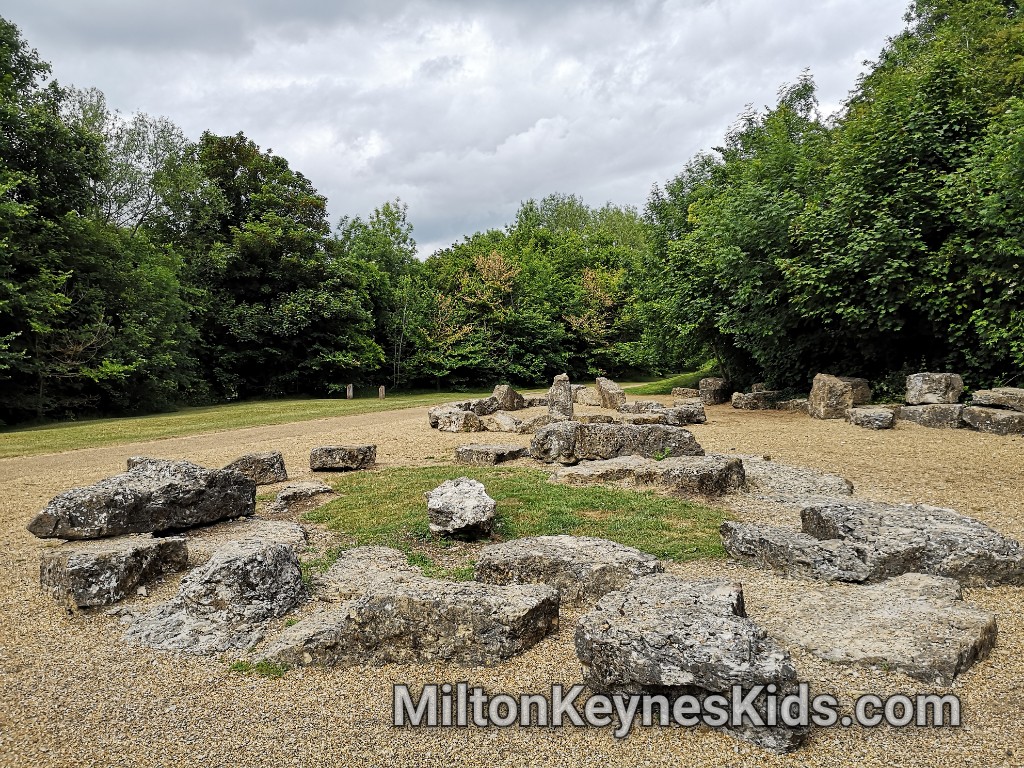 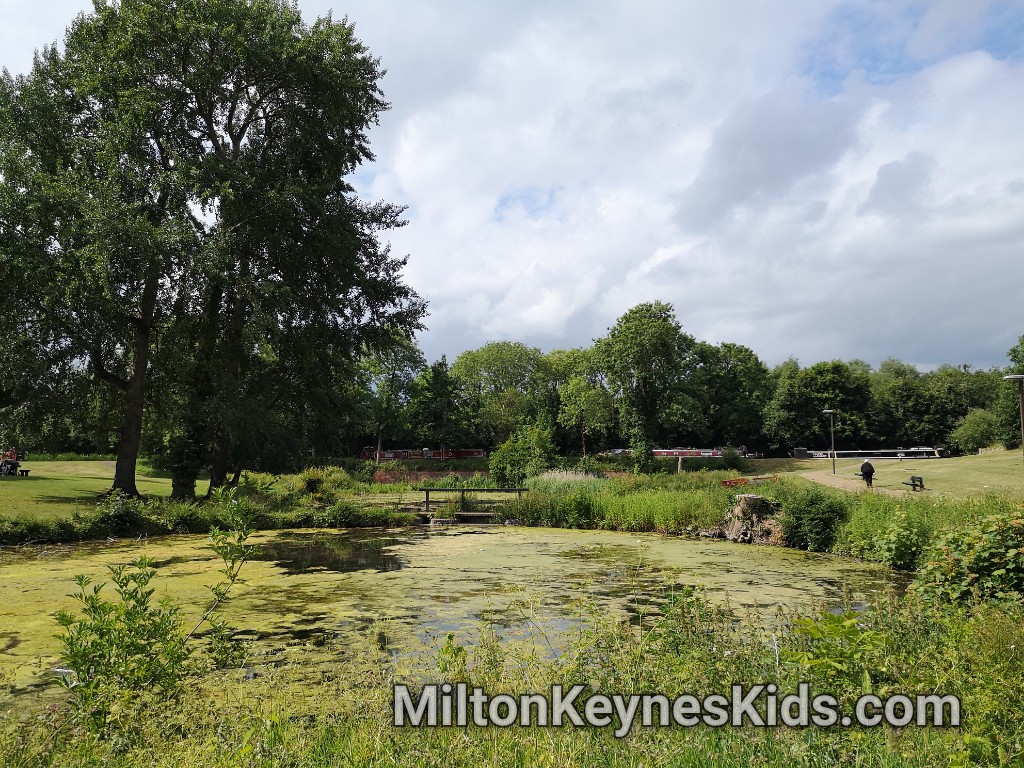 Where can we walk to from Great Linford Manor Park?

Looking at the map if you follow the canal you’ll get to Stanton Low Park – we decided not to as the towpath along the canal is quite narrow and at a time when we were social distancing we didn’t think it was the best idea, although we’d definitely do that in the future. My youngest son was on his bike, my eldest was on a scooter and both wanted to go along a flat path. So we decided to follow signs for the railway walk heading towards Wolverton. The path was wide. Alongside it is an area of woodland – which looked great to walk through had we been on foot. As we continued along the path we came to Stonepit Field which looked like a lovely area for wildlife and had big stones which my children loved climbing on. We decided not to try and explore much but carried on along the path which went on forever – Milton Keynes is so well connected by cycle paths. I wouldn’t say the path was overly busy but there was a constant stream of cyclists, e-scooters, pedestrians – and we also saw a couple of delivery robots and a family roller skating – so it was a case of constantly telling the boys to keep to one side. We got as far as the dual carriageway and decided to head back. 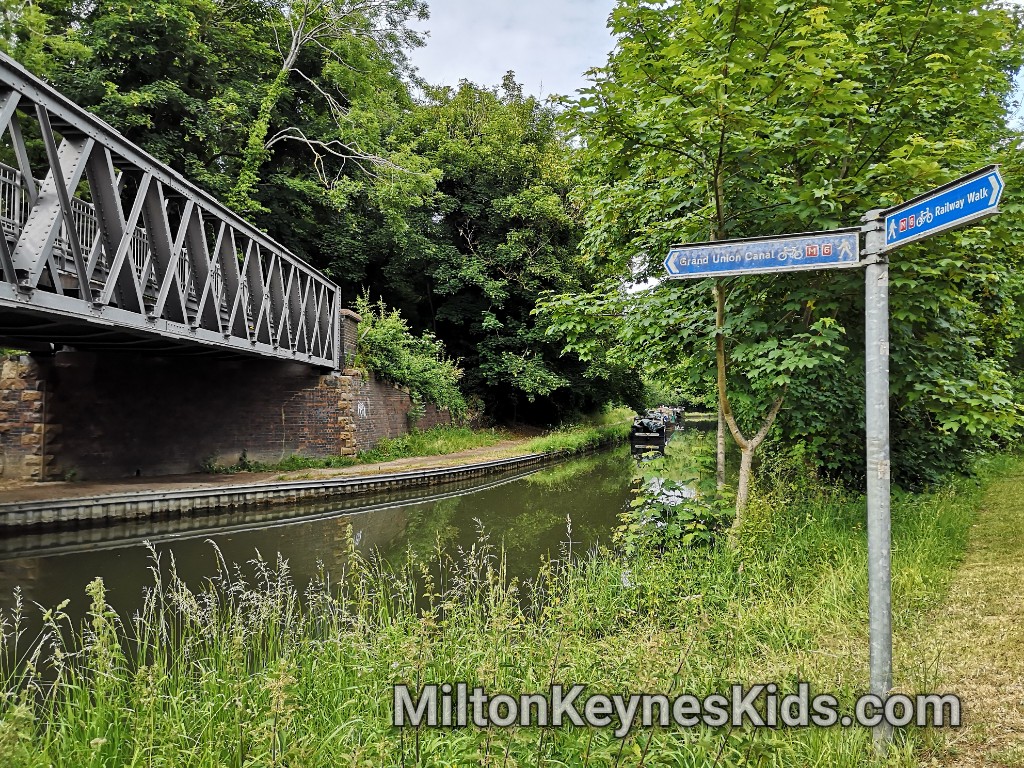 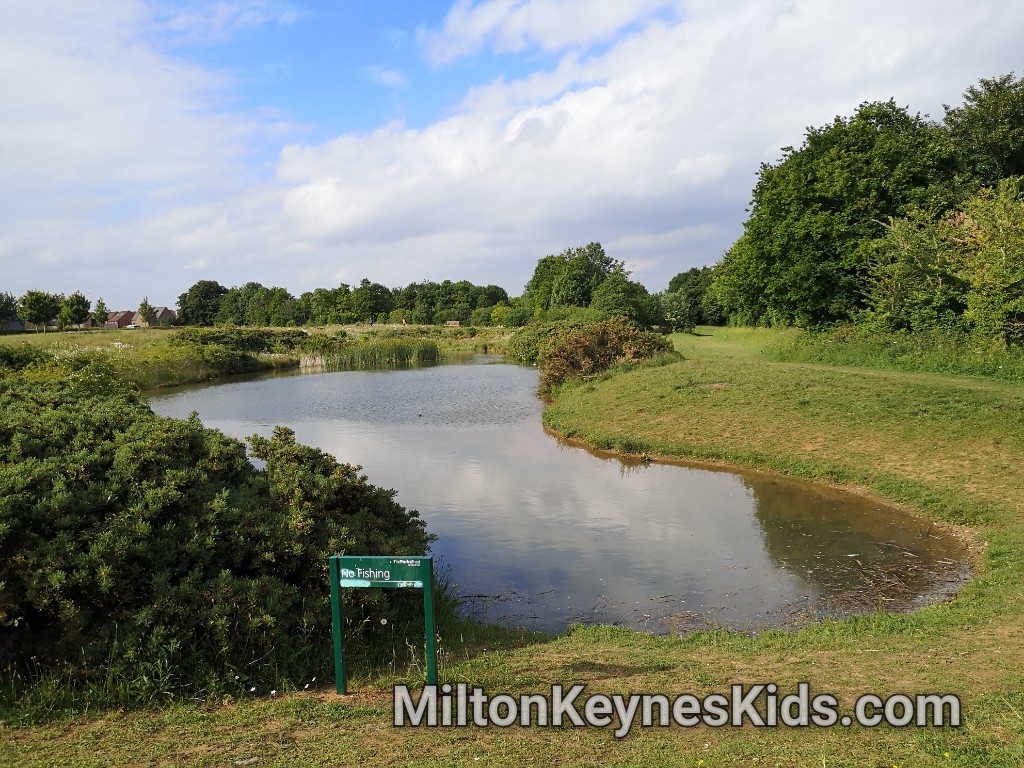 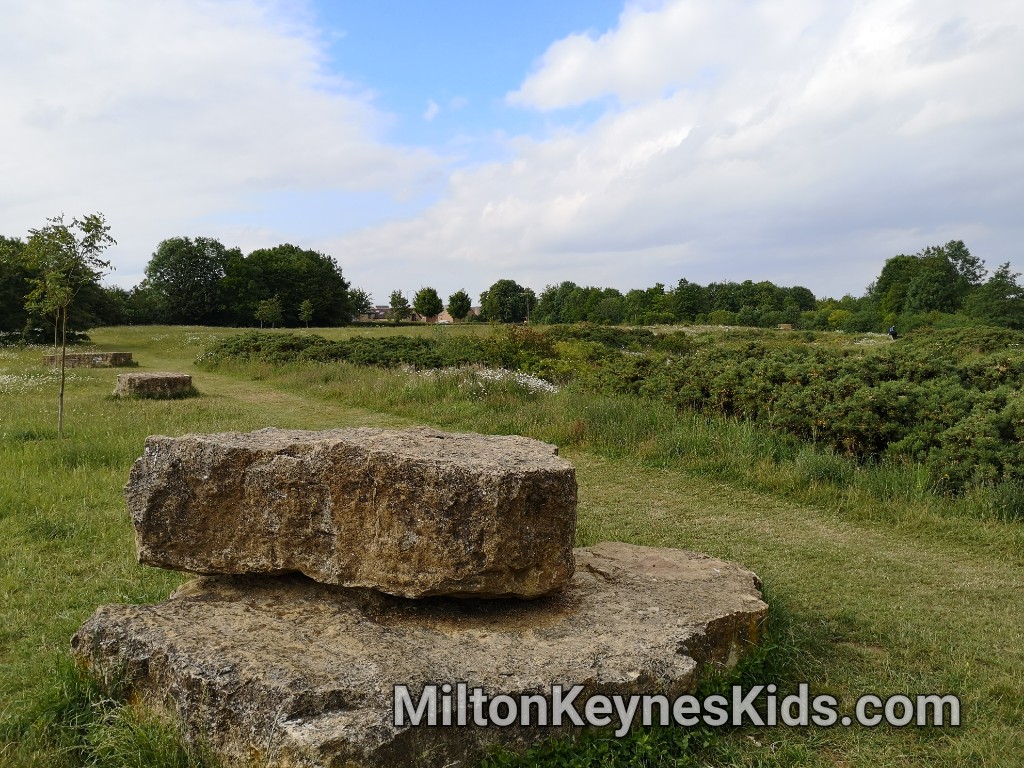 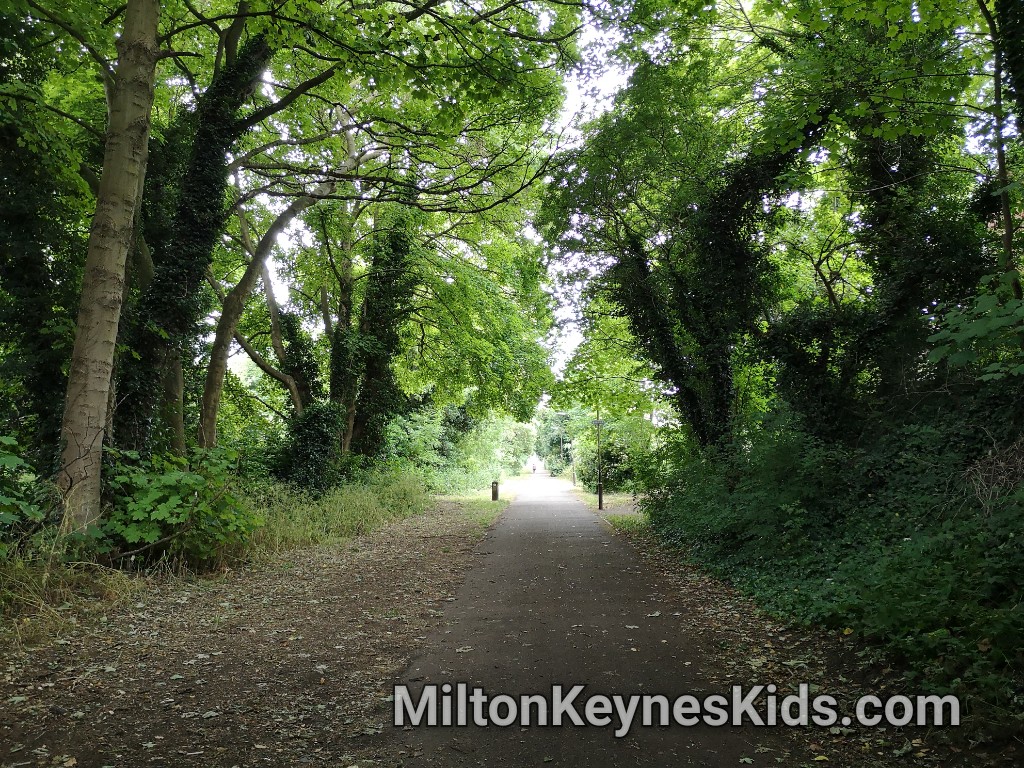 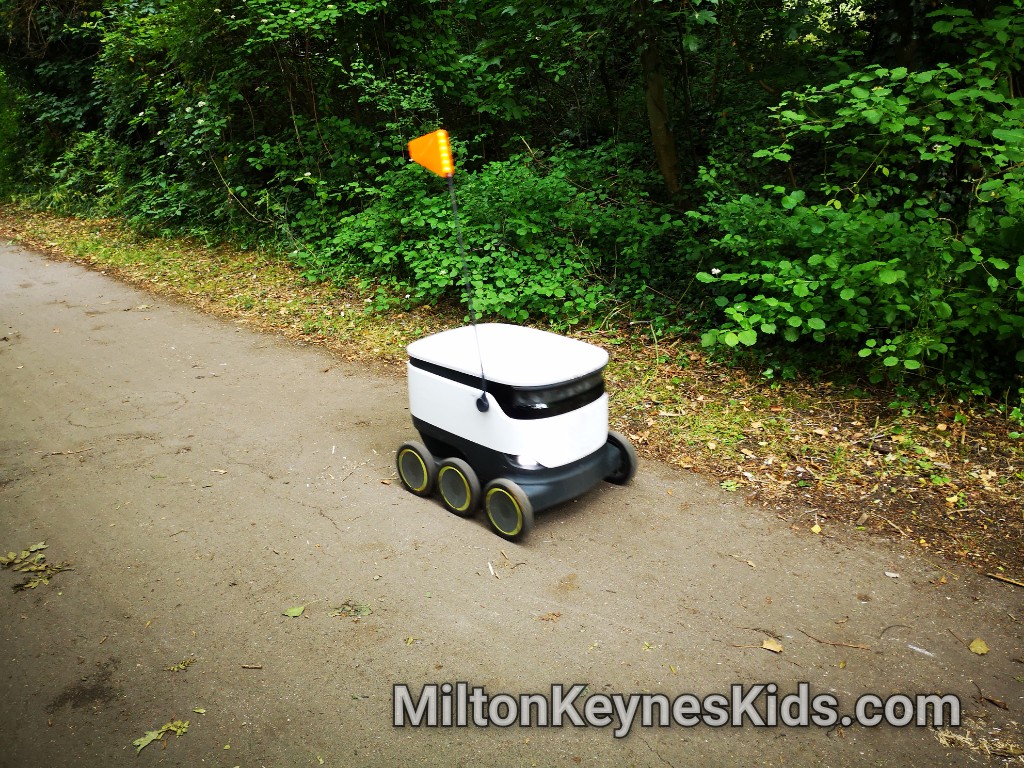 At the time we visited there were no loos nearby so I’d suggest only visiting if you’re local. When it’s snowdrop season it’s a lovely place to see them. The park itself isn’t that big so I’d suggest you have an idea of where you want to go next if indeed you want a longer walk. And it may be worth considering taking bikes if you want to be out for more than a couple of hours. If you enjoyed this review there’s more on the local walks section of my website. 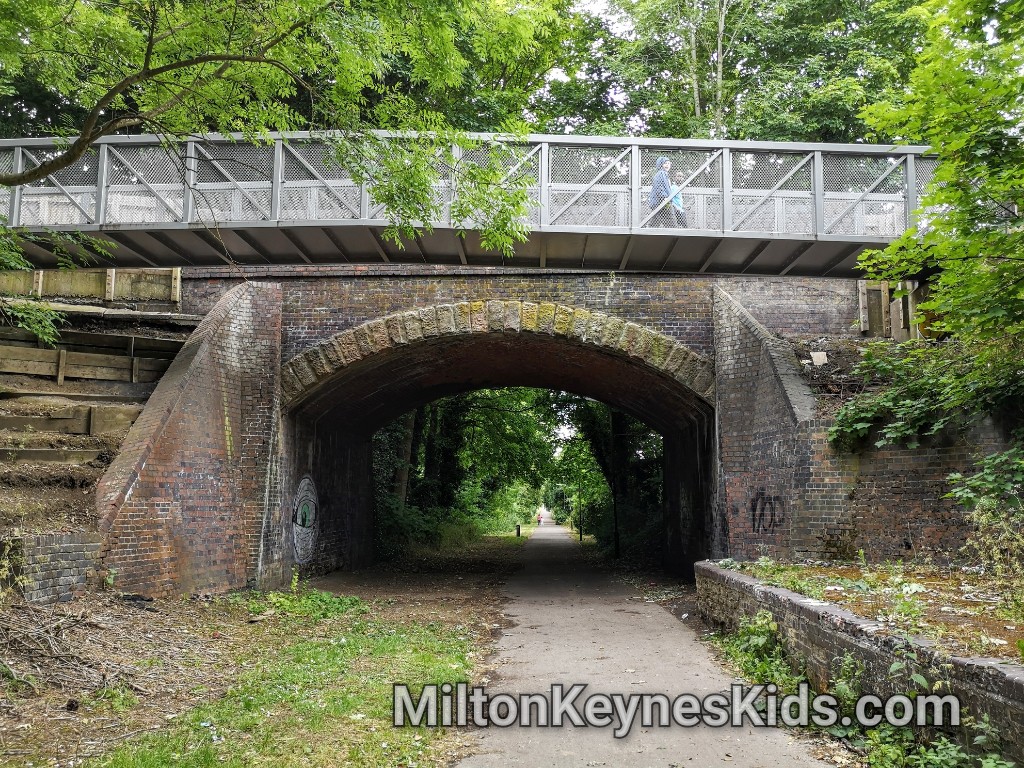 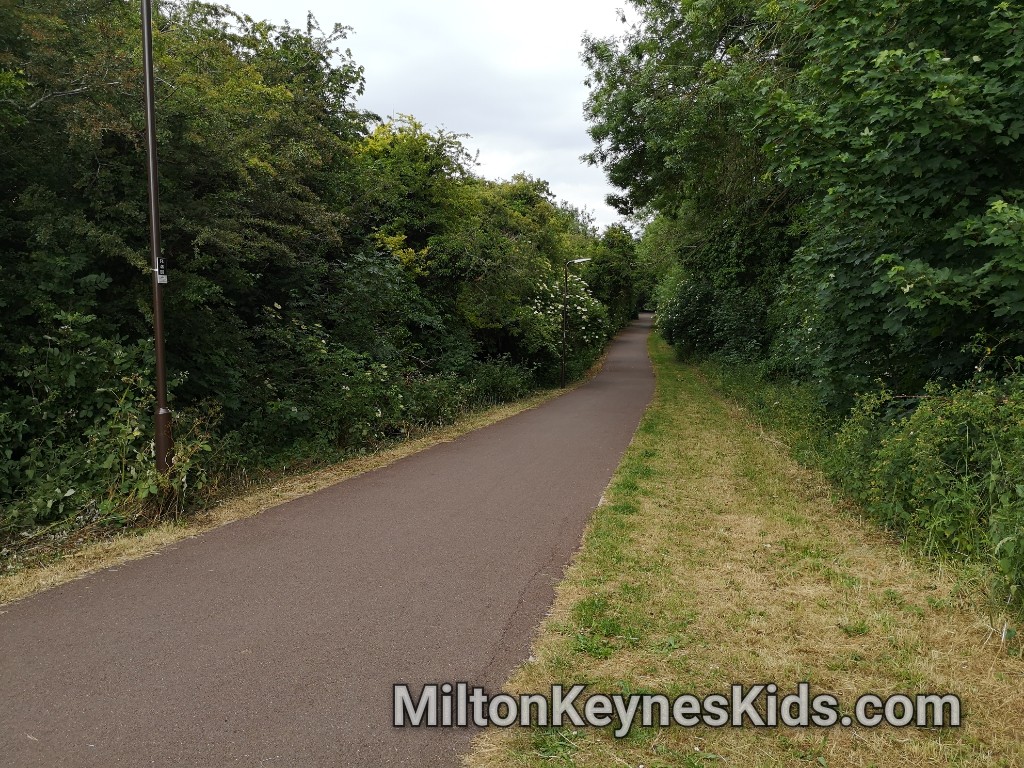 I'm Laura, mum to two boys aged nine and seven. I run this website independently and free from advertising in addition to my day job. If you have enjoyed this post and found it useful, here are some ways you can say thanks and support Milton Keynes Kids.