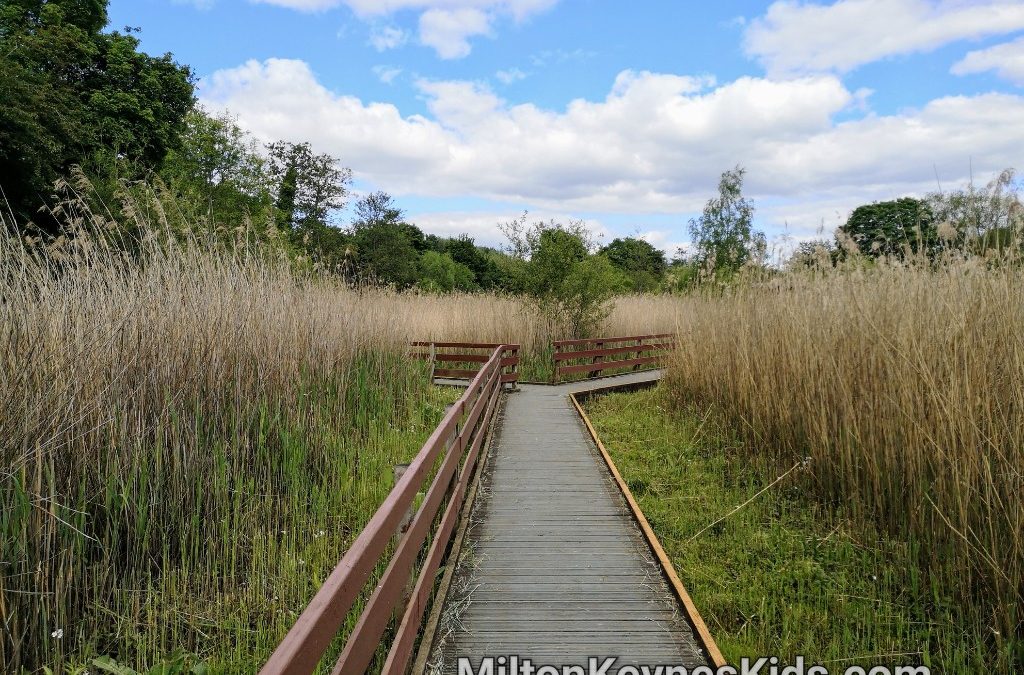 Walton Lake in Milton Keynes was once needed to absorb floodwater, but after Willen Lake and Caldecotte Lake were created it was no longer needed to do that. So it looks rather different to most lakes as you can see very little water and covered in reeds. It’s easy to access and has a circular route that runs around it, so in mid-May 2020 I took my two sons aged six and four at the time for a visit. We went at a point where we were allowed to drive for exercise, but play equipment was closed because of the coronavirus pandemic and were looking for good places to go for socially-distanced walks. 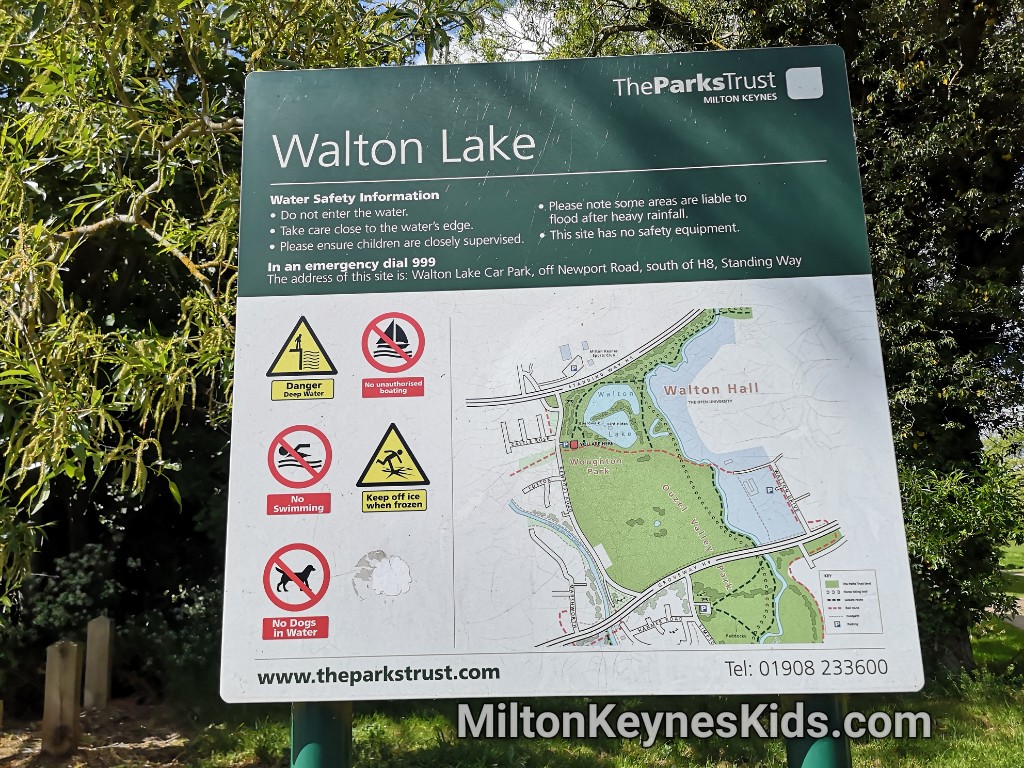 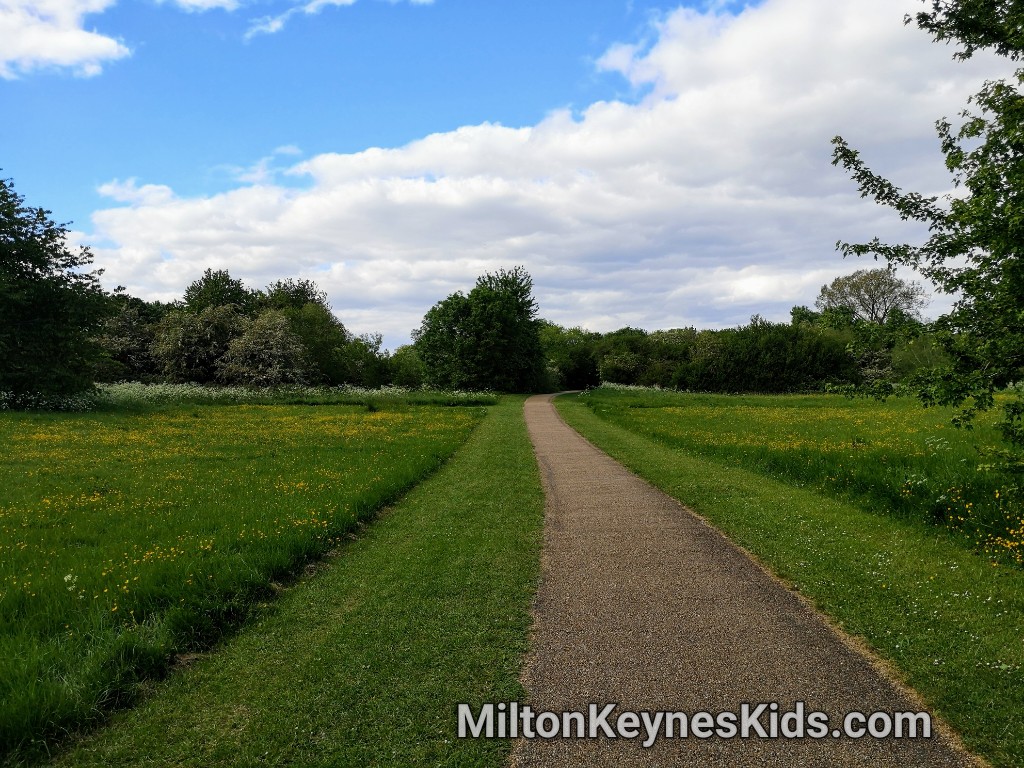 Where is Walton Lake?

Walton Lake is in Milton Keynes and is part of the Ouzel Valley Park which extends right from Willen Lake down to Caldecotte Lake so you could make this walk / scooter / cycle as long or short as you would like. We parked in the Walton Lake car park just off Newport Road just south of H8 Standing Way. An approximate postcode is MK6 3BQ. We went around the lake and then for a walk just into Netherfield. You can see what we did from the map below. 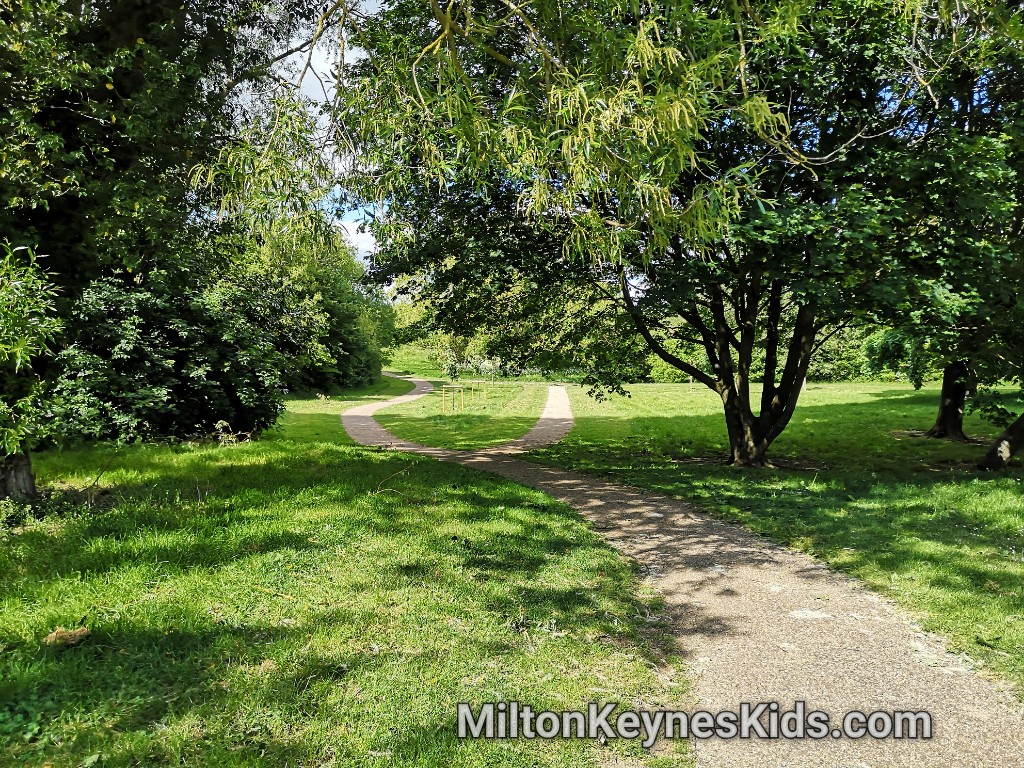 You can’t see a great deal of water at Walton Lake as there’s so many reeds. Out of the car park we turned left and started to follow the path around the lake. You could go right too, both take you on a circular route. After turning left you come to a bird hide. You walk along a board walk to get to it which is good fun. However as much as I’d like to tell you what you can see out of it, there was a group of much older boys sitting in it having a chat. This isn’t the first time that’s happened to us. We have been before a couple of years ago and there was a group there then. I wonder if it’s some kind of meeting place. So instead we turned around and continued walking around the lake. My two boys were on scooters and found the route accessible with a nice hill to go down. On the paths that weren’t that wide there was grass to go on, and it joins up with the redways too so that section was quite wide.There’s a couple of bridges which the boys enjoyed whizzing around. I didn’t time how long it took, but my two sons were happy to scoot elsewhere after – so it’s a good one for little legs. 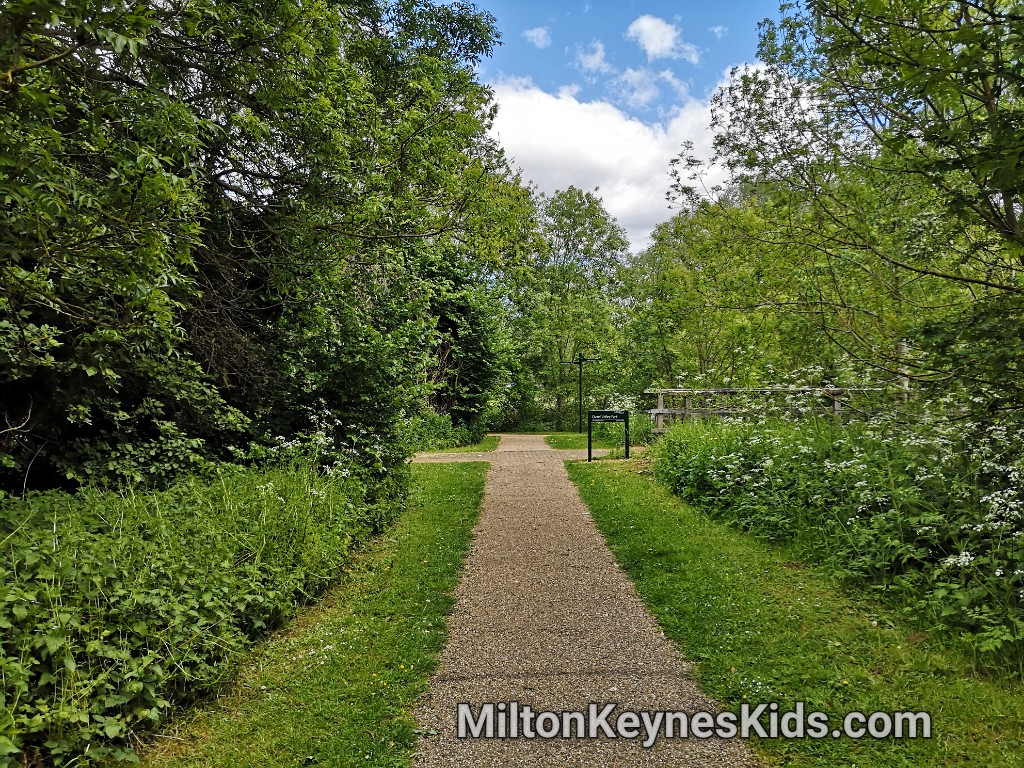 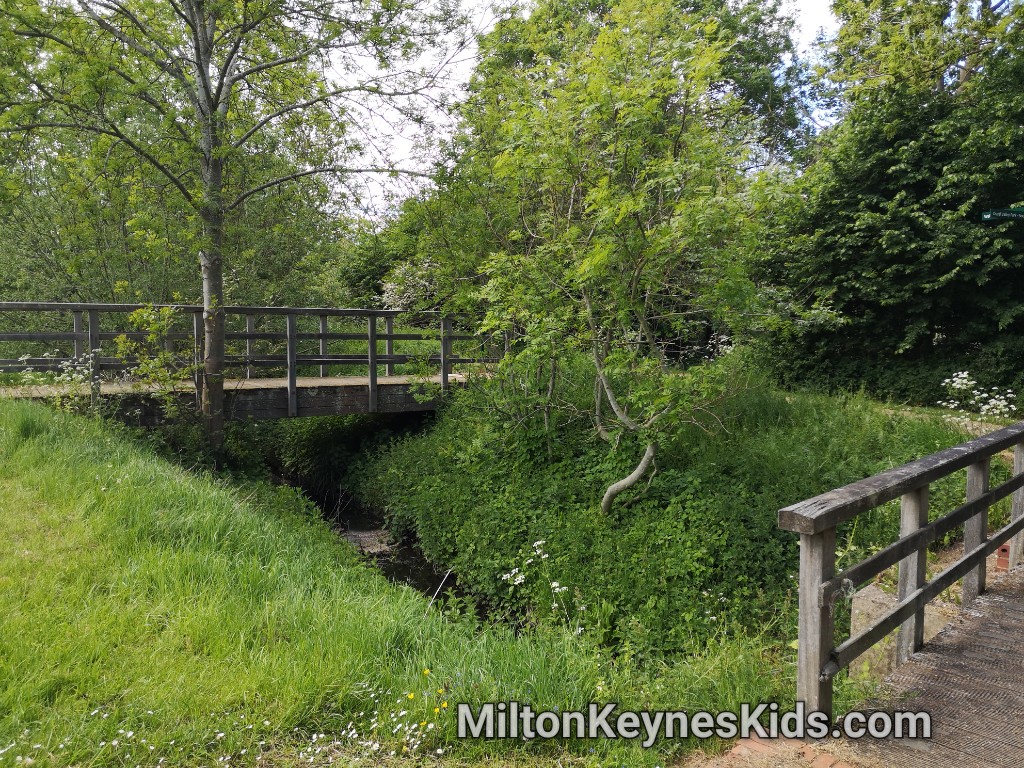 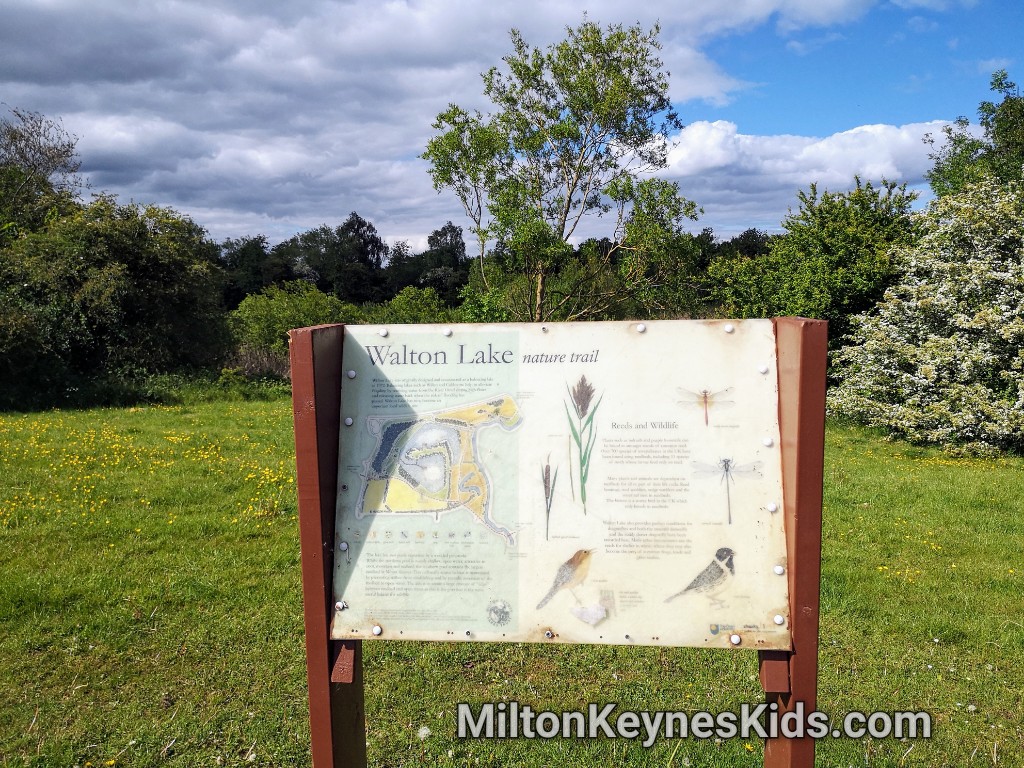 Where did we go after Walton Lake?

Having arrived back at the car park we decided to continue walking – not really knowing where we were going – across the road and on to a path with green space either side. We came to a bridge. At that point you can then join the canal towpath – we decided not too as towpaths are very narrow and it’s difficult to social distance. So instead we went up the bridge. My two sons absolutely loved it. You get a good view of the canal and then it’s superb for scooting down. We then arrived at the underpass for Netherfield where there is some pop art graffiti and cartoon graffiti – some of it’s a bit worn but it makes for fabulous pictures. That’s as far as we went and we then turned round and scooted back to the car park. 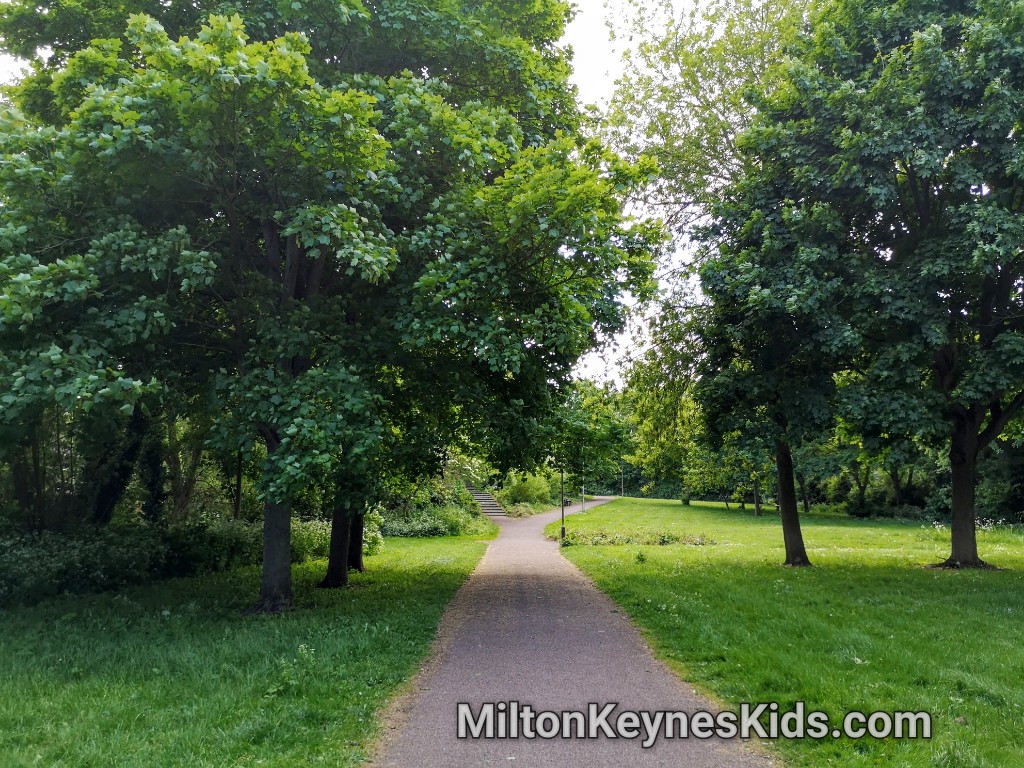 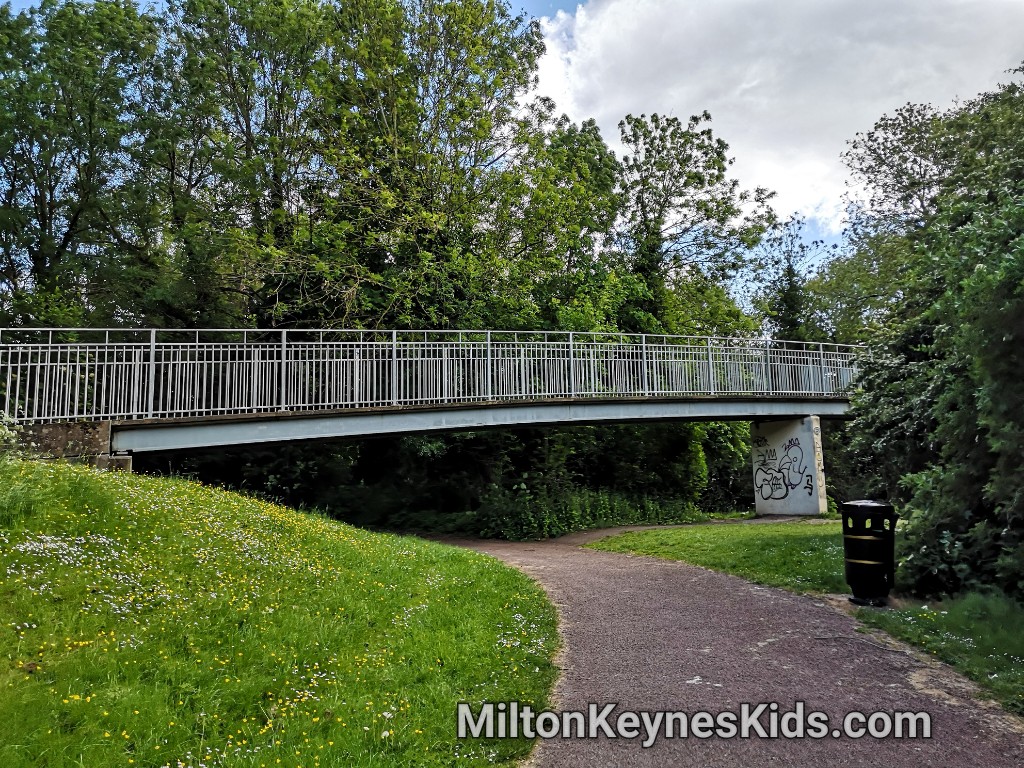 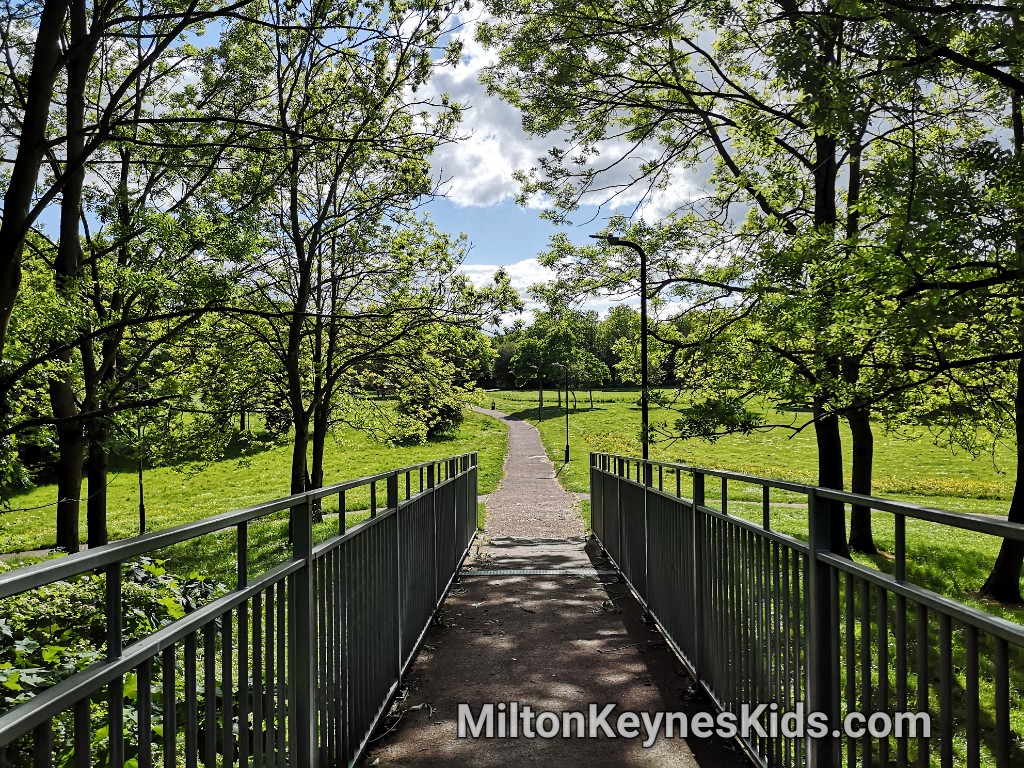 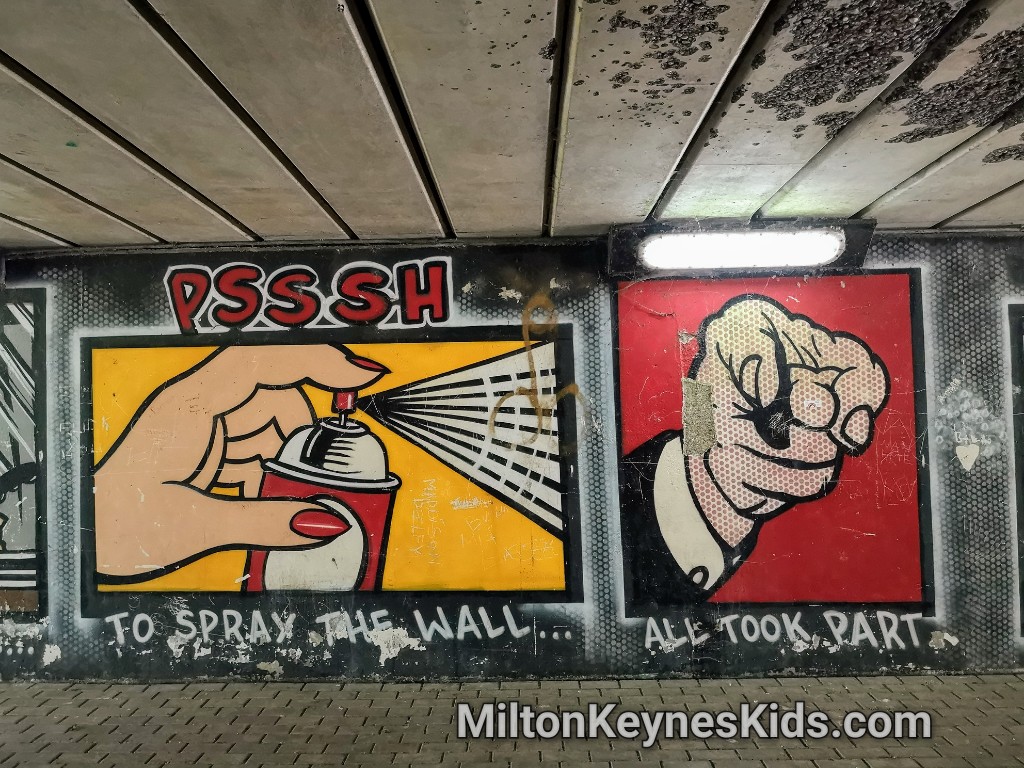 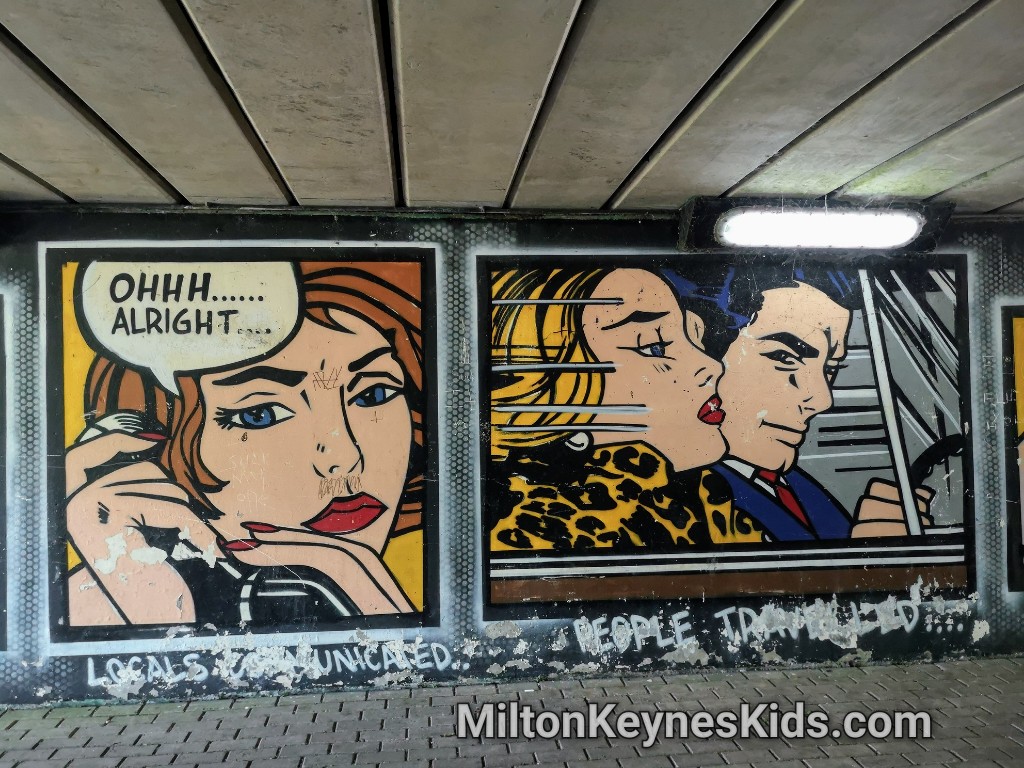 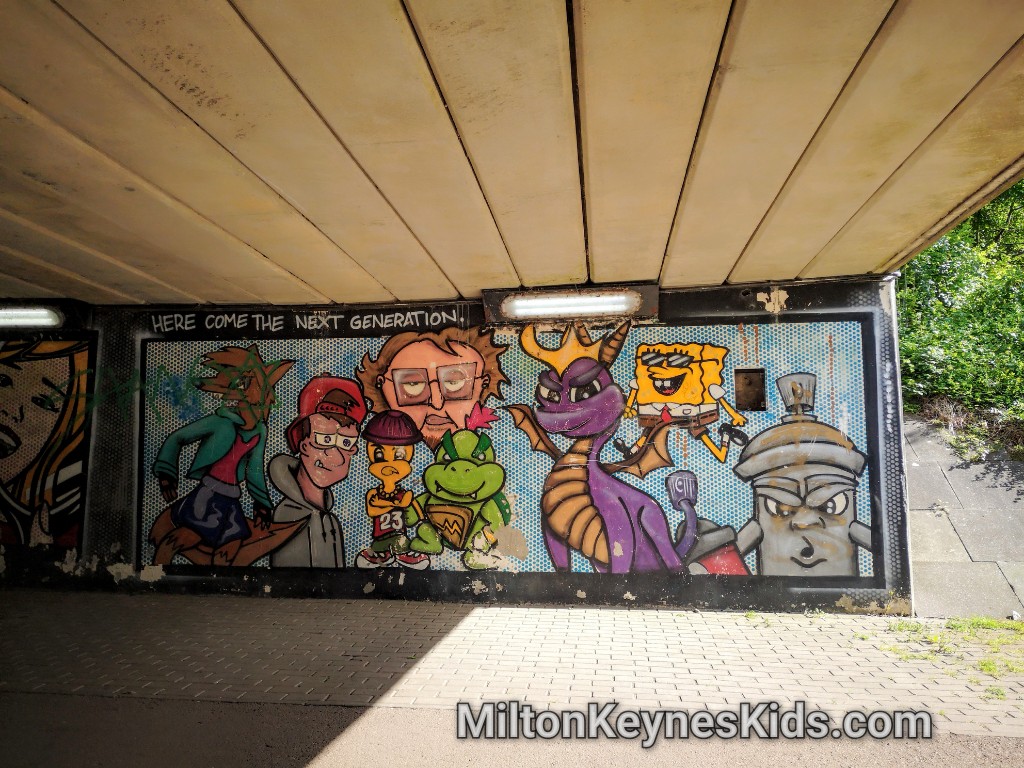 Enjoyed this review? Want to do another local walk? Here’s a list of local walks in parks and open spaces in and around Milton Keynes which were written before and during the coronavirus pandemic.

I'm Laura, mum to two boys aged nine and seven. I run this website independently and free from advertising in addition to my day job. If you have enjoyed this post and found it useful, here are some ways you can say thanks and support Milton Keynes Kids.